Kennesaw State University students, faculty and staff; AFL-CIO representatives; elected officials; a delegation from the Georgia Latino Alliance for Human Rights; and others answered the call of IUPAT District Council 77 (International Union of Painters and Allied Trades) to denounce the illegal and racist practices of AEI Painting company, April 28. 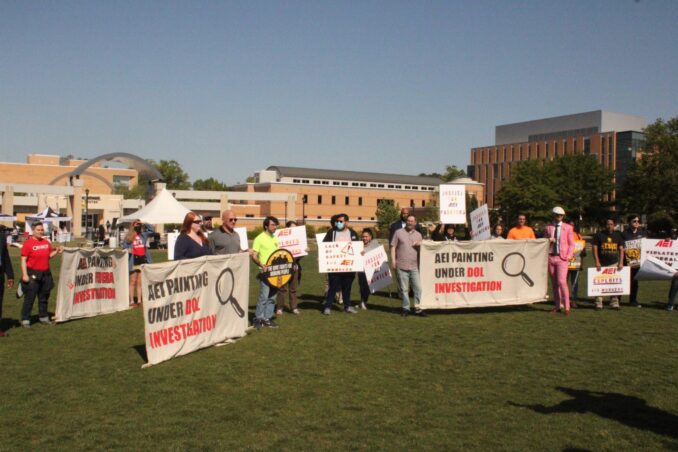 University officials went ahead and contracted this business to do the painting of a new housing building on campus, despite being provided abundant proof of its mistreatment of its workers.

AEI misclassified immigrant workers, in particular, as contract employees or 1099 independent contractors. As such they receive no overtime pay, even if they are working 60 plus hours a week. They are not eligible for workers compensation if hurt on the job or for unemployment. If they complain, they are intimidated by threats of calling ICE.

Declaring the rally a success, the Painters’ union promised to return again to demand justice for these workers.