May 23 – Carlos Lazo, a teacher and outspoken Cuban American activist, drove from his home in Seattle to join the Portland End the Blockade of Cuba Committee in their monthly rally. 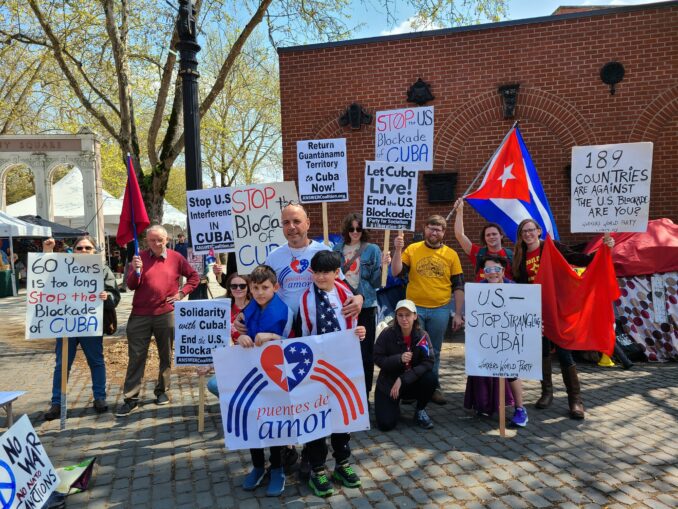 Last July, Lazo was one of six Cuban Americans who walked 1,300 miles from Miami to Washington, D.C., to call for the lifting of the illegal U.S. blockade of Cuba. They presented President Joe Biden with a petition signed by over 25,000 people.

In July 2020, Lazo made a 3,000-mile bicycle trip from Seattle to the U.S. capital with four family members. They met with community groups and elected officials along the way. Arriving in D.C., Lazo asked then-President Donald Trump to lift his increased sanctions on Cuban families.

In addition to working for the end to all U..S. sanctions, Lazo wants to see airline flights restored to Havana and to all of Cuba’s regional centers, renewal of a program of family reunification and the reopening of the U.S. Embassy in Havana.