April 23 was a pleasant spring afternoon on the University of Maryland, Baltimore County (UMBC) campus. Parents of prospective students roamed the “quad” on tours; families with small children enjoyed themselves at games and rides, and several vendors engaged with the crowds. The goal? To celebrate the UMBC community and encourage prospective students to transfer now. 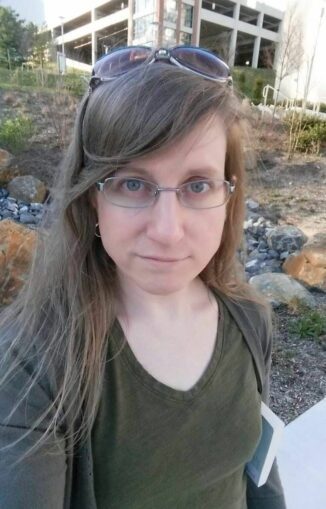 The last thing that the administration wanted people to hear about was the death of UMBC library tech Vivien Barrett, a victim of workplace transphobia. Awareness of this tragedy is exactly what the “Justice For Vivien” campaign sought to instill.

The campaign’s flyer, handed out to hundreds of parents and students on campus, reads: “UMBC Library Tech Vivien Barrett died by suicide in 2016 after abuse from her supervisor Paula Langley. [Langley] repeatedly harassed her using slurs, constant misgendering and body shaming. Despite multiple library employees filing complaints with UMBC, nothing has been done. …” Barrett posted a suicide note on Facebook, in which she claimed Langley had prevented her from receiving promotion due to her status as a transgender woman and that higher ups had declared this not to be discrimination!

The flyer called for a demonstration on April 28 to demand that Langley be fired.

Campaign organizer P.S. (who asked to be identified by her initials) stated “[Our long-term goal is to] restructure Title IX of the civil rights infrastructure to be far stronger and more democratic, with special protection clauses for trans women that show fair, informed awareness of our oppression, spread public awareness of transmisogyny, as well as of UMBC’s broader fostering of abuse.”

Justice For Vivien dedicated several hours to make this information available to all members of the campus community. Awareness seemed to spread like wildfire. When the campaign began at noon, very few people claimed to have heard about Barrett, but by 3:00 p.m. dozens of students, upon receiving flyers, responded “Oh yeah, I’ve heard about that. It’s terrible.”

By April 28, the winds had begun to change. An article was published in the UMBC school newspaper, “The Retriever,” about the campaign. This Workers World correspondent was informed that an ex-employee was permanently banned from UMBC’s campus for interviewing with school reporters. P.S. informed me that she was approached by multiple staff members attempting to stop the demonstration.

The turnout for the April 28 demonstration outside the library was small. Yet the impassioned members of the community who did arrive were unwilling to let opposition, harassment and attempts at silencing their voices stop them from standing up for the rights of the LGBTQ2S+ workers on campus and beyond. As of this writing, administrative bodies are deliberating and planning to decide on Paula Langley’s continued employment.

It is important that all workers are aware of the special mistreatment faced by gender-oppressed members of the working class. Trans workers are at higher risk for houselessness, harassment, workplace violence, unemployment and sexual assault. The superexploitation of transgender workers to the point of death is an issue that affects all workers.

Let no one forget that this power over life and death is wielded over our whole class in a capitalist system. We all must continue to demand justice when abuses do occur, working with all our trans comrades to build a world where going to one’s job is not a life-or-death risk. This campaign will be an important step in that long journey.