By Karl Marx and Friedrich Engels

These excerpts are from the edition posted at marxists.org and attributed to Marx/Engels “Selected Works,” Vol. One (Moscow: Progress Publishers, 1969). This 1888 translation was by Samuel Moore in cooperation with Friedrich Engels, who footnoted the opening sentence: “That is, all written history. In 1847 the pre-history of society, the social organization existing previous to recorded history, was all but unknown.”* Engels adds he develops this perspective in “The Origin of the Family, Private Property and the State,” using the research of Lewis Henry Morgan, based on knowledge shared by Ely Parker, Seneca Nation, on still existing matrilineal, pre-class societies, specifically of the Haudenosaunee Confederation in central and western New York state. 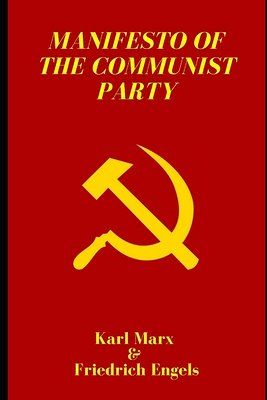 Freeman and slave, patrician and plebeian, lord and serf, guild-master and journeyman, in a word, oppressor and oppressed, stood in constant opposition to one another, carried on an uninterrupted, now hidden, now open fight, a fight that each time ended, either in a revolutionary reconstitution of society at large, or in the common ruin of the contending classes.

In the earlier epochs of history, we find almost everywhere a complicated arrangement of society into various orders, a manifold gradation of social rank. In ancient Rome we have patricians, knights, plebeians, slaves; in the Middle Ages, feudal lords, vassals, guild-masters, journeymen, apprentices, serfs; in almost all of these classes, again, subordinate gradations.

The modern bourgeois society that has sprouted from the ruins of feudal society has not done away with class antagonisms. It has but established new classes, new conditions of oppression, new forms of struggle in place of the old ones.

Our epoch, the epoch of the bourgeoisie, possesses, however, this distinct feature: it has simplified class antagonisms. Society as a whole is more and more splitting up into two great hostile camps, into two great classes directly facing each other — Bourgeoisie and Proletariat. . . .

The workers begin to form combinations (Trades’ Unions) against the bourgeois; they club together in order to keep up the rate of wages; they found permanent associations in order to make provision beforehand for these occasional revolts. Here and there, the contest breaks out into riots.

Now and then the workers are victorious, but only for a time. The real fruit of their battles lies, not in the immediate result, but in the ever expanding union of the workers. This union is helped on by the improved means of communication that are created by modern industry, and that place the workers of different localities in contact with one another.

It was just this contact that was needed to centralize the numerous local struggles, all of the same character, into one national struggle between classes. But every class struggle is a political struggle. And that union, to attain which the burghers of the Middle Ages, with their miserable highways, required centuries, the modern proletarian, thanks to railways, achieved in a few years.

This organization of the proletarians into a class, and, consequently into a political party, is continually being upset again by the competition between the workers themselves. But it ever rises up again, stronger, firmer, mightier. . . .

The essential conditions for the existence and for the sway of the bourgeois class is the formation and augmentation of capital; the condition for capital is wage-labor. Wage-labor rests exclusively on competition between the laborers. The advance of industry, whose involuntary promoter is the bourgeoisie, replaces the isolation of the laborers, due to competition, by the revolutionary combination, due to association.

The development of modern industry, therefore, cuts from under its feet the very foundation on which the bourgeoisie produces and appropriates products. What the bourgeoisie therefore produces, above all, are its own grave-diggers. Its fall and the victory of the proletariat are equally inevitable.