April 25 — Twice in the last week, the Biden administration promised to deliver $800 million in heavy and technologically advanced weapons to Ukraine, for a total of $1.6 billion, added to nearly $3 billion earlier. The U.S. has coordinated deliveries from Canada, Britain and other NATO powers. These deliveries are just a beginning. 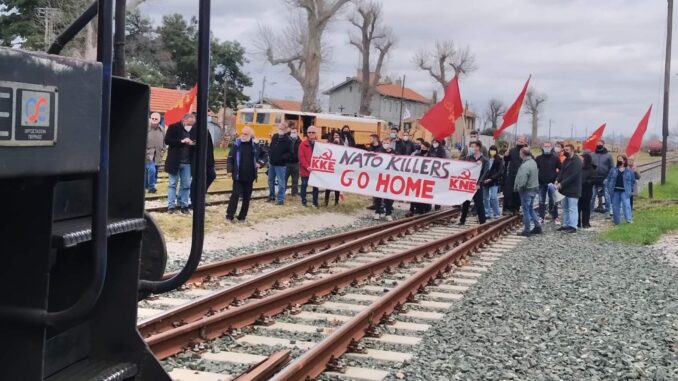 According to the U.S. government, the weapons involved include heavy artillery, drones that can fly themselves into targets and explode, anti-tank and anti-aircraft weapons and tanks. And more ammunition of all sorts.

“The push now is to get countries [in Eastern Europe] with Soviet-era tanks, artillery and perhaps even fighter planes to provide them to Ukraine, with the promise that the United States will replenish them with more modern, Western-made arms in return” (New York Times, April 20)

It is nearly impossible, except for military commanders, to learn what the actual military situation is in Ukraine. As in all wars, no one tells the truth publicly about their casualties and how precarious their forces are. U.S. corporate news reports about the results of battles have been skewed to exaggerate setbacks for the Russian army and glorify resistance from Kiev’s army.

Corporate news on the war in the U.S. and Western Europe have amounted to an avalanche of uncontested anti-Russian propaganda with the goal of demonizing Russia and its leaders. As in Bucha, a town near Kiev temporarily occupied by the Russian army, the imperialist media collaborated with the Ukraine regime to invent massacres or blow them out of proportion. (workers.org/2022/04/63341/)

Despite the lack of accurate information, some obvious conclusions can be made about the consequence of these weapons deliveries and the goal of the U.S.-NATO forces. 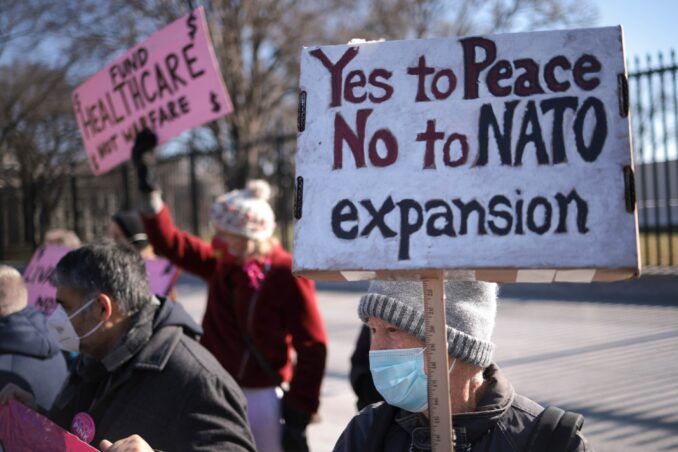 The first conclusion is that the weapons deliveries show that Washington aims to prolong the war against Russia and will continue to use the Ukrainian population as cannon fodder in that war. Long before Washington orchestrated the 2014 coup in Kiev that brought an anti-Russia regime to power, its strategists had as a goal weakening Russia and changing the government there. Prolonging the war will kill or wound large numbers of Ukrainians and Russians.

The second conclusion is that the Biden administration is risking this step even though it can lead to a direct confrontation between U.S.-NATO forces and Russia. The current proxy war can escalate to a war between major world military powers, armed with thousands of nuclear weapons. It can lead to World War III.

A windfall for the merchants of death

A third conclusion is that the arms deliveries provide a windfall of profits for the military-industrial complex, first and foremost for U.S. arms manufacturers and their investors.

“Last week,” reported the April 20 NY Times, “the Pentagon met with leaders of eight large military contractors, like Raytheon Company and Lockheed Martin Corporation, to discuss how to overcome any supply problems — both to replenish American weapons stocks that have been drawn down to help Ukraine and to keep Kyiv [Kiev] in the fight. The two companies together make the Javelin [anti-tank missile], and Raytheon makes the Stinger [anti-aircraft]. . . . The Pentagon has urged manufacturers to ramp up production.” [emphasis added]

Note that billions have been allocated without reluctance by the same administration, and Congress has so far refused to forgive student debt, finance housing for the houseless, guarantee extended unemployment insurance or pay for all necessary medical care.

The Biden administration — seconded by the Republican leadership, which is equally responsible for the U.S. drive to war — pushes this dangerous policy of arming the Kiev regime while disguising its role of using and manipulating the Ukrainian people against Russia.

Biden claims the U.S. will avoid direct involvement in the war. Yet each step prolonging the war creates forces — from the arms manufacturers to the most belligerent anti-Russian elements in Eastern Europe, to Ukrainians who feel “betrayed” by the manipulators in the West, to U.S. generals who think the goal should be victory for Ukraine — that will push toward escalating the war.

And at some point the Russian government may take countermeasures. “The Russian government recently sent a formal warning to the United States, saying that Western deliveries of the ‘most sensitive’ weapons systems to Ukraine could bring ‘unpredictable consequences.’” (NY Times, April 20)

A movement has already begun in Europe to protest the arms deliveries and the escalation of the war. Antiwar forces in the U.S. should continue to mobilize with the demands: No arms to Ukraine! U.S. out of Europe! Disband NATO!