April 25 – Melissa Lucio was granted a stay of her April 27 execution by the Texas Court of Criminal Appeals, to consider evidence of her innocence. 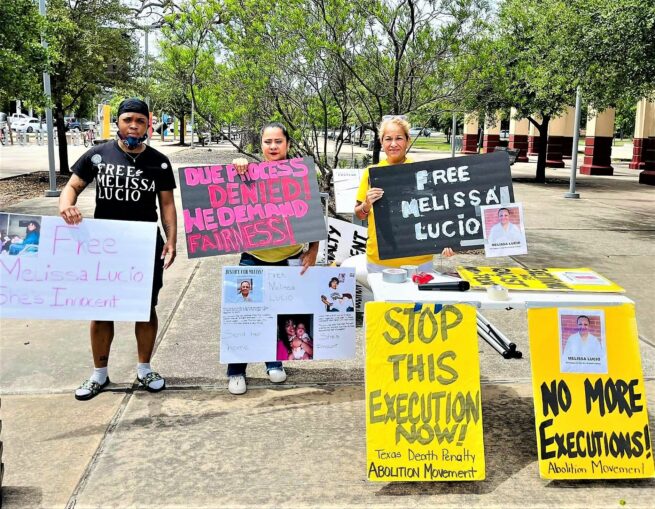 A National Day of Action for Melissa Lucio was held from coast to coast in the U.S. on April 23. Lucio,​​ the first woman of Mexican descent on Texas’ death row, has lived in relative anonymity since being convicted of capital murder in 2008 in the tragic death of her young daughter.

Now she is facing execution April 27 for a crime that never occurred. Lucio has maintained her innocence for 14 years.

From Atlanta to Boston, Cleveland to Los Angeles, and throughout Texas — Austin, Houston, Brownsville, Dallas, El Paso, Harlingen and San Antonio — the rallying cry was “Free Melissa! Stop the execution!”

In Houston, as well as in other cities, family members and supporters of Lucio participated. Activists spoke there with local and national media, with both English and Spanish language TV present.