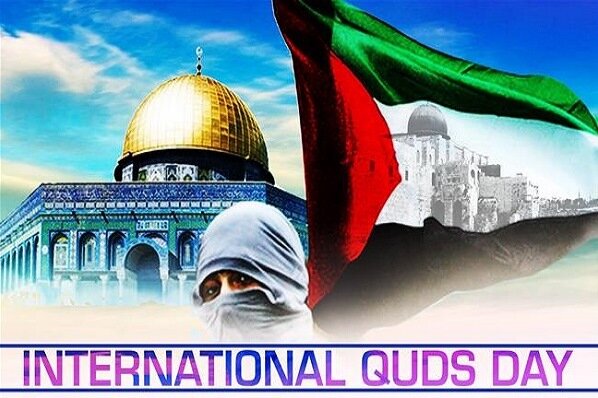 Israeli occupation forces violently raided Palestinian worshippers on April 15, during early morning prayers at the al-Aqsa Mosque in occupied East Jerusalem. The premeditated and orchestrated attack came on the second Friday of Ramadan, the holiest month of the year for Muslims, when tens of thousands of worshippers travel to al-Aqsa to pray. Israeli occupation forces wounded more than 153 Palestinians and arrested more than 400 during the brutal assault.

According to the Palestinian Center for Human Rights (PCHR), thousands of worshippers experienced intimidation on entering the gates to the mosque compound amid a heavy presence of Israeli occupation forces, including snipers perched on the rooftop. Given the Israeli regime’s long history of terrorizing Palestinians during the holy month of Ramadan, the worshippers had placed wooden barriers around the mosque in anticipation of an Israeli raid. Shortly after the dawn prayer was concluded, Israeli forces occupying the roof smashed the stained glass windows of the mosque’s prayer hall and ambushed the worshippers, firing rubber-coated steel bullets, teargas and stun grenades into the crowd.

Palestinians resisted the violent onslaught for four hours before Israeli occupation forces finally cleared the prayer hall and the mosque’s courtyards of almost all worshippers. Multiple videos posted on social media show heavily militarized Israeli forces launching stun grenades inside the mosque and brutally punching and kicking Palestinians into submission. One video shows Israeli forces kneeling on the upper bodies of worshippers as they are brutalized and forcibly arrested.

Meanwhile, outside the prayer hall, Israeli police blocked entry to the compound and fired rubber bullets at paramedics as they rushed to aid the wounded. “They beat everyone. Journalists, medics, elderly women – everyone that was in their way. They didn’t spare anyone,” eyewitness Fakhri Abu Diab told Middle East Eye. Israeli forces shot rubber bullets into the eyes of al-Aqsa guards attempting to assist women and children caught in the crossfire. Another disturbing video shows an Israeli police officer striking an unarmed Palestinian woman in the arm with a club as she attempts to document human rights violations.

Francesca Albanese, the newly appointed U.N. special rapporteur on human rights in the occupied West Bank and Gaza Strip, said on Friday that “places of worship, as an extension of freedom of religion, must be protected, especially on holy days.” She added that intentional and unprovoked attacks on civilians constitute war crimes under the Rome Statute of the International Criminal Court.

Sheik Ekrima Sabri, the imam of al-Aqsa, said the raid was executed in coordination with far-right Israeli nationalists, who have vowed to raid the mosque and bring animals to slaughter inside its courtyard. The onslaught was intended to remove Palestinians and make room for Israeli settlers to storm the mosque during the Jewish Passover holiday, which started that evening.

During and after the planned raid, Israeli settlers tried to enter al-Aqsa Mosque carrying sheep and answering calls from Zionist organizations to slaughter the animals for religious sacrifices. Such nationalist groups also advocate destruction of the mosque and construction of a Jewish temple in its place. If such animal sacrifices were to occur inside al-Aqsa, it would be an unprecedented escalation of the illegal occupation and would likely provoke Muslims worldwide, who revere the Jerusalem site as one of the holiest in Islam.

According to the imam of al-Aqsa, it is likely that Israeli occupation forces will try to storm the mosque again, given Israel’s long history of escalating violent attacks in occupied Palestine during the month of Ramadan. Last year, Zionists carried out multiple violent raids inside the mosque, leading to an 11-day war between Israel and armed resistance groups in Gaza. More than 256 Palestinians in Gaza, including at least 66 children, had been killed during the 11 days of intense shelling that followed.

In 1948, Israeli military forces, backed by the U.S. and Western imperialists, drove 700,000 Palestinians out of their homes into exile, destroying hundreds of towns and villages in order to form the state of Israel. Since then, the corporate media have been weak in covering human rights violations committed against occupied Palestinians and extremely biased in favor of Israeli settlers.