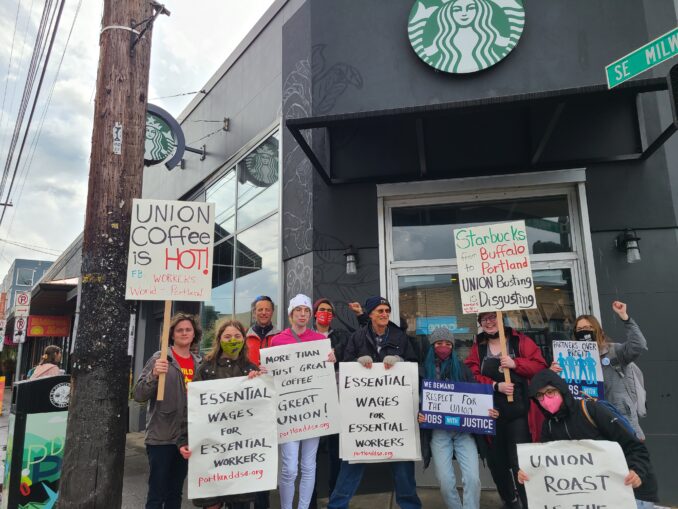 Portland protesters rallied April 16 in front of a Starbucks location which is one of nine city stores trying to unionize. Four of these Starbucks will be casting their ballots later this month on whether to unionize. Three days earlier, on April 13, the first Starbucks in Oregon to successfully unionize was in Eugene where all 17 employees voted unanimously for the union.

Demonstrators at the April 16 rally cheered Starbucks workers as they spoke on the need for workers to be respected by management and to be able to get enough working hours and wages to pay their rent. Other speakers were workers from Portland Jobs with Justice, the Teamsters, the labor group and the youth group from Democratic Socialists of America as well as workers from other union and community groups.

Following the rally, demonstrators got out of the cold rain and traveled in a car caravan to two other unionizing Starbucks. They supported workers at each location by driving through, honking, and placing orders under the name “union strong.”

– Story and photo by Lyn Neeley