International Working Women’s Day is commemorated around the world on March 8. Two words signify its essence: solidarity and struggle. 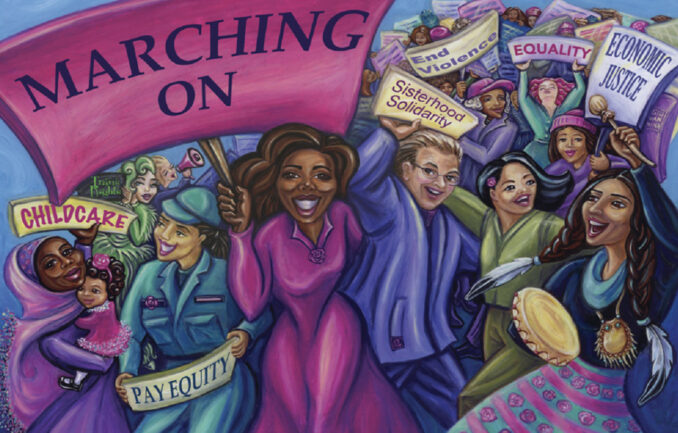 Established in 1910 at an International Women’s Socialist Conference in Copenhagen, this special day was intended to broaden global solidarity and strengthen ties among women workers.

IWWD’s socialist founders deplored the terrible working conditions faced by women workers, as they poured into factories in the U.S., Europe and elsewhere. They noted the strikes and massive demonstrations held by women immigrants in New York City.

The day’s first commemoration took place in Europe in 1911, as 1 million women marched for jobs and their rights. Then in 1913 and 1914, women on that continent demonstrated against the looming world war and to build solidarity among women in belligerent countries. 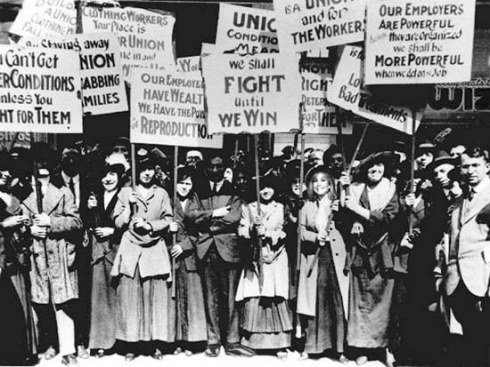 IWWD demonstrations worldwide have opposed imperialist war and oppression. This year Workers World calls for solidarity with women and people of all genders living under the gun of U.S./NATO-backed wars, occupations, sanctions and blockades, and all people oppressed by U.S.-backed dictatorships. We back those defending their countries against imperialist economic and military aggression.

It is essential to extend solidarity to workers superexploited by global capitalism, including millions of women migrant workers, incarcerated workers, and all people demanding economic, social and political rights. We adamantly support Indigenous women worldwide, leading the fight against corporate destruction of the planet.

WW supports struggles against racism, misogyny, homophobia, transphobia, ableism and physical and sexual abuse on and off the job. We call for reproductive justice everywhere.

On IWWD, we applaud the fights for unionization, with workers of color, women and gender-nonconforming people in the forefront, including Starbucks and Amazon workers here in the U.S.

Capitalist governments give lip service to the significance of IWWD with receptions and proclamations about women’s equality, while corporations try to commercialize it.

On March 8, working women from varied industries and workplaces, those of all nationalities, genders, cultures, religions and ages proudly demonstrate worldwide with colorful banners held high.