Tens of thousands of essential workers lost their lives during the COVID-19 pandemic. Many were exposed when they were put in harm’s way to do the work providing the goods and services, so that corporate owners could continue to gather their billions of dollars in profits. 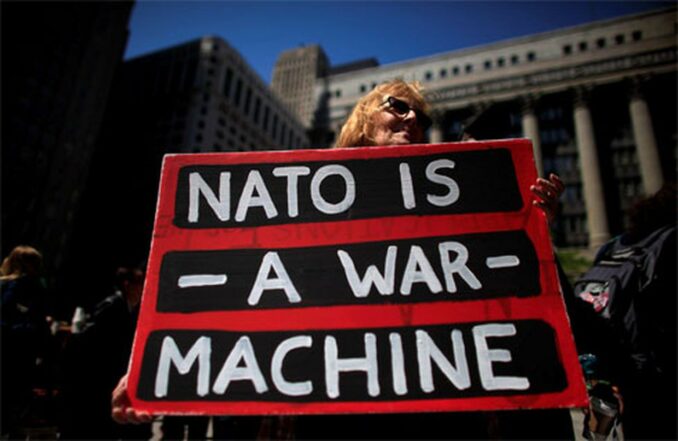 The print press and online media reporting devoted to praising the nurses, postal workers, meat-packers, grocery and other workers, and the wage increases they were given, was fleeting. As the pandemic seems to be waning, companies are eliminating COVID-19 wage increases and spending hundreds of millions of dollars attempting to halt workers’ movements for union wage and health protections.

U.S. troops are inculcated with propaganda and given training in arms and combat, but the most effective way in which a group of recruits is made into a fighting unit is by creating esprit de corps. Once they have that, they can be sent anywhere, and they will fight to defend themselves as they follow deployment orders.

The Pentagon depends on strict discipline to follow orders and that common loyalty to each other as comrades, so that when U.S. troops are dropped into harm’s way anywhere in the world, they have no choice but to defend themselves against the people trying to remove the U.S. invading force.

Just like the nurses during the pandemic, the corporate press praises those soldiers willing to be put in harm’s way to supposedly protect “our way of life.” In reality, U.S./NATO soldiers, sailors and Air Force members are the shock troops — the imperialist enforcers — for corporate exploitation of natural and labor resources around the world. 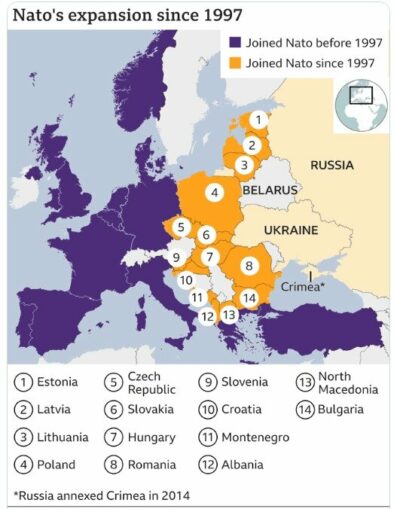 Over a trillion dollars in NATO arms and facilities have been thrust into Eastern European border nations next to Russia. For eight years, since the U.S.-backed coup in Kiev, Washington has supported the neofascist-backed regime in Ukraine with billions of dollars in weapons and other resources, while the Ukrainian regime’s army relentlessly shelled the Peoples’ Republics of Lugansk and Donetsk, killing thousands of people in the Russian-speaking Donbass region. U.S. imperialism has now succeeded in drawing Russian President Vladimir Putin into committing its military forces into defending Russia’s interests by sending troops into Ukraine.

One could say that U.S. strategists, war planners, corporate media and politicians have created a situation where the people of Ukraine are put in harm’s way to serve the interests of Pentagon-armed corporate warmongers.

Contrary to media claims, Ukraine’s sovereignty is not the main issue. These forces were not placed there over the last quarter century to protect Ukraine. The U.S. and European imperialists have a larger goal in mind.

Powerful interests in the corporate world — the ones who U.S. presidents bow down to — have spent decades maneuvering NATO troops into strategic positions, where they now pose an immediate threat to Russia, a nation of vast natural resources.

Corporate leaders have been frustrated since the fall of the Soviet Union in 1991 that the dissolution of the world’s first workers’ state did not open up the world’s largest country, Russia, to their exploitation. Wall Street CEOs are salivating at the thought of acquiring the profits possible from exploiting Russia’s large quantities of oil, natural gas, cobalt, chrome, copper, gold, lead, manganese, nickel, platinum, tungsten, vanadium and zinc, as well as profits from crop and livestock production and timber from the world’s largest forest reserves.

At a time of dire capitalist economic crisis, Russia’s resources beckon to the imperialists as the solution to their problems.

They’ve created a massive propaganda campaign preparing the U.S. and indeed much of the world’s working class to back up their goal of replacing President Putin’s government with a puppet government, subservient to global imperialist interests.

The risks extend far beyond Ukraine’s borders. Both Russia and the U.S. have nuclear weapons that can destroy the world. It must be noted that the U.S. is the only country in history that has dropped nuclear bombs on another country, on Japan in 1945. They’ve threatened to use nuclear weapons against Vietnam, North Korea and other nations since then.

The possibility of the current U.S.-instigated conflict with Russia in Ukraine escalating into a nuclear war is a fearful scenario.

It puts all the world’s people in harm’s way.

Those of us on the other side of humanity — workers, environmentalists, youth, oppressed nations, all gender identities, the vast majority of the world’s population — have an urgent responsibility to put an immediate halt to their mad profit-driven war that can destroy the world.

Joe Piette is a Vietnam War veteran and was a member of the American Servicemen’s Union.