Teachers, parents, students, education workers and community activists are launching a multifaceted campaign to stop the school closures that have been mandated by the Oakland School Board and the Oakland Unified School District. All last-minute attempts to stall or postpone the closure actions of the school board have failed, leaving mass organizing, recall efforts and a possible teachers’ strike looming on the horizon. 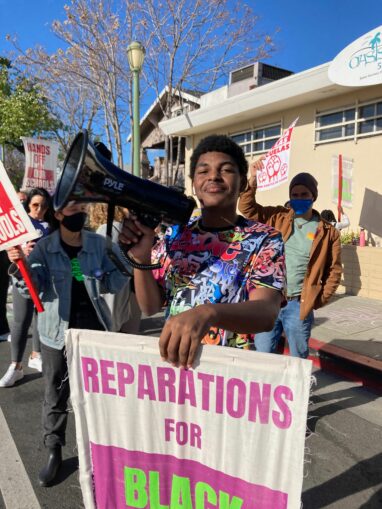 While the two education workers at Westlake Elementary School have stopped their hunger strike, other community members are discussing the possibility of starting a new one. A major demonstration is planned for March 5 under the slogan: “No School Closures! Shut Down the Town!”

Community activists are petitioning for signatures to recall two school board members who voted for the school closures. District 1 School Board Director Sam Davis has recently been targeted by teachers in the Oakland Education Association and community members for recall. Davis ran as a “progressive” in the last school board election and had been endorsed by the OEA.

There have been several protests outside Parker Elementary School, a predominantly Black public school scheduled to be closed at the end of this school year. On Feb. 21, a school holiday, a large crowd of parents, students and teachers rallied at a busy Oakland intersection a block away from Parker Elementary. The rally was led by students and parents, who have been the impetus behind most of the activism there.

Rochelle Jenkins, a Parker parent and community member, called out the school board for pushing the closure of the school. She said the community was determined to keep fighting until they win. She ended her statement saying, “We believe that we will win!” Holding a sign that read “Reparations for Black students,” Jenkins led the crowd in the chant: “No school closures! No school closures!”

“I will not let them shut down my school, because this is where I grew up. This is where I found my voice,” said Jayvien Bolden, a high school student who went to Parker and has siblings currently enrolled there. Referring to the school board’s decision to close Parker, Bolden told WW, “I feel like they know what they are doing, because they see our siblings and our children as checks, instead of seeing them as getting their education.”

Oakland teachers have been holding weekly site meetings at their schools to discuss their campaigns and assess support for a teacher strike. A recent virtual special meeting of elected union representatives, who serve on the OEA Representative Council, was held to discuss strike readiness and possible community support.

Several parents from La Escuelita, a K-8 school slated to lose its middle school grades, and two schools that are on this year’s closure list, Parker Elementary and Community Day Elementary, were invited to speak at the Representative Council. All expressed strong support for a teacher strike to stop the school closures.

A surprise guest at this meeting was Trent Willis, former president of Local 10 of the International Longshore and Warehouse Union. Willis expressed the support of ILWU Local 10 for the community effort to stop the privatization of the Oakland public schools. “We have demonstrated many times in the past to stand by the OEA and the teachers’ struggle. We understand your struggle. We are absolutely opposed to the proposed school closings,” Willis stated.

Willis went on to explain how Local 10’s struggle to oppose the construction of a new Oakland A’s stadium in the Port of Oakland is the same as the campaign to stop the school closures. ILWU Local 10 recently organized a demonstration in front of Oakland City Hall to show the connection between the privatization of the port and the closure of Black and Brown public schools.

The ILWU leader said both actions are against the “gentrification” of Oakland. “Gentrification always means disadvantages for Black and Brown members of our community,” Willis stated. “The majority of the parents speaking here today are Black and Brown people (referring to the parents who addressed the Representative Council),” noted Willis. “They don’t need school closures. They need school funding,” Willis said.

Everything organized so far has been the result of grassroots community efforts; a rally scheduled for March 5 in East Oakland is no exception. There will be an opening rally at the site of Roots International Academy, a public middle school closed at the end of the 2019 school year after a long communitywide struggle to keep it open. Roots was another historically Black school targeted by the Oakland School Board and OUSD for closure. The gentrifiers won that battle, and the Oakland community is determined to not let that happen again.

The March 5 protest will march down International Boulevard to 29th Avenue, ending at the Cesar Chavez soccer field, where another rally featuring speakers and performances will take place.

There are several other events being planned this week at various school sites, including weekly Sunday community meetings to plan this united fight to stop the public school closures. Background material for all of these campaigns is available at tinyurl.com/v6prz.