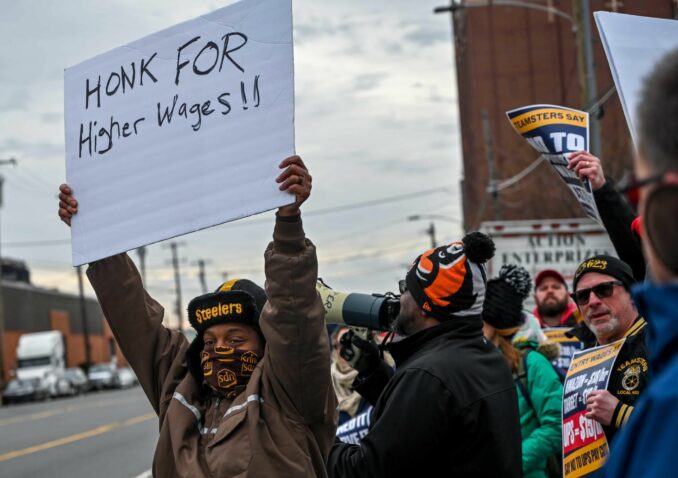 On a cold morning Feb. 24, dozens of Teamsters union members and supporters rallied across the street from the Oregon Ave. United Parcel Service facility in Philadelphia to “Say no to UPS pay cuts!”

During the pandemic, UPS was forced to raise bottom-level wages to $19 an hour, because entry wages were too low to keep workers from leaving. Now UPS wants to cut pay across the board and drop workers down to the contract minimum.

UPS posted record profits two years in a row, with workers producing more wealth for the company than ever before. Profits over the last year are up 22.6%, yet UPS executives want Teamsters members to take up to a 27% pay cut.

Union officials, stewards and rank and filers plan to be at the plant gates in the coming weeks circulating petitions as they continue the fight against wage cuts.

— report and photo by Joe Piette