In May, four months from now, large-scale production of the new nuclear bomb B61-12 will begin in the United States. The National Nuclear Security Administration (NNSA), part of the United States Department of Energy (DoE), recently made this announcement. As they leave the factory, the new nuclear bombs will be delivered to the U.S. Air Force, which will install them in U.S. bases in Italy and other European countries replacing the B61s. 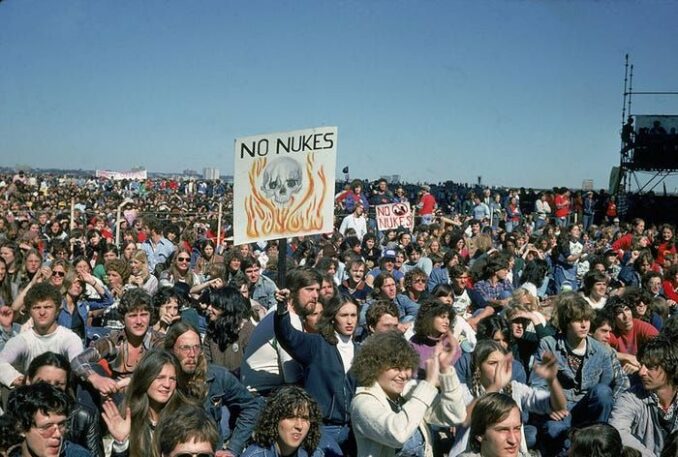 The B61-12 is a new nuclear weapon replacing three of the current B61 variants (3, 4 and 7). It has a nuclear warhead with four selectable power options according to the target. It does not drop vertically like the B61 but at a distance from its target, to which it’s guided by a satellite system. It can penetrate underground, exploding deep to destroy command center bunkers to “behead” the enemy nation in a nuclear first strike.

To carry out this attack the U.S. Air Force also has the fourth variant of the B61 bomb, the penetrating B61-11, which was modernized in 2001. The NNSA confirmed that the B61-12 can be launched from both B-2A stealth bomber and future B-21 aircraft, which are both conventional and nuclear dual-capable fighters. These aircraft include the U.S. F-16Cs/Ds deployed in Aviano and the Italian PA-200 Tornadoes deployed in Ghedi [both in Italy’s northeast regions].

The F-35A fighters, already operational in the Italian Air Force, are even more suitable for a nuclear attack with the B61-12.

The NNSA announced that “all the needed production of B61-12” will be completed in the fiscal year 2026. The program foresees the construction of 500 bombs at a cost of about $10 billion (each bomb costing twice its weight in gold). Their actual number, however, remains secret as their geographical location is largely secret.

Location is the determining factor in the offensive capacity of the B61-12 nuclear bombs. If they were all located in U.S. territory, ready to be transported with strategic bombers, this would not constitute a substantial modification of the current strategic assets. The B61-12 will instead be deployed in other countries, especially those close to Russia, ready to be transported and launched with F-35s and other fighters.

Aviano and Ghedi bases have been restructured to accommodate the F-35A fighters armed with the new nuclear bombs. Thirty Italian F-35A fighters can be deployed in Ghedi, ready to attack under U.S. command with 60 B61-12 nuclear bombs. It is possible that they will also be located in other bases on Italian territory.

In addition to being located in Germany, Belgium and Holland, they could also be deployed in Poland, whose air forces have been participating for years in NATO’s nuclear warfare exercises. It is not excluded that they could be located in other Eastern European countries. NATO fighters located in the Baltic republics, close to Russia, can also be armed with the B61-12s.

It is possible that the new nuclear bombs could also be deployed in Asia and the Middle East against China and Iran. Despite being classified as “nonstrategic nuclear weapons,” when located close to their targets, the B61-12 bombs have offensive capabilities similar to those of strategic weapons (such as the nuclear warheads of intercontinental ballistic missiles). They are therefore destabilizing weapons, which will cause a chain reaction and accelerate the nuclear arms race.

The five nuclear powers that are permanent members of the United Nations Security Council — the United States, Russia, China, France and Britain — affirmed in a joint declaration (Jan. 3, 2022), that “a nuclear war cannot be won and must never be fought” and that “we remain committed . . . to pursue negotiations in good faith on effective measures relating to cessation of the nuclear arms race and nuclear disarmament.”

The U.S. should therefore commit not to deploy the new B61-12 nuclear bombs in other countries, even better not to produce them at all.