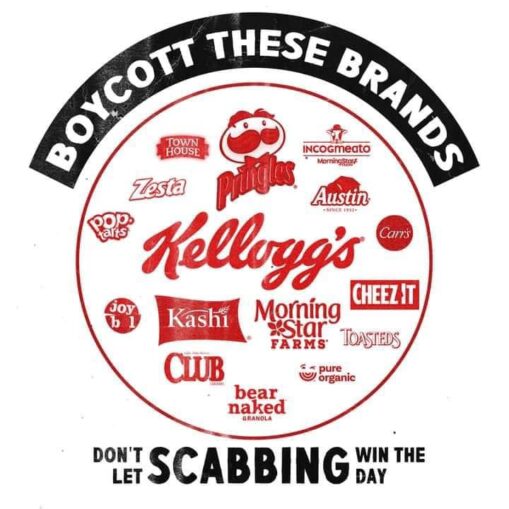 On strike since Oct. 5, 1,400 Kellogg’s workers have overwhelmingly rejected management’s second contract offer and are still walking the picket line. They are fighting to save their jobs and to get rid of two tier, an unequal and divisive pay system that punishes primarily younger, lower-seniority workers. The strike by the Bakery, Confectionary, Tobacco Workers and Grain Millers Union affects plants in Michigan, Nebraska, Pennsylvania and Tennessee.

The contract offer, voted down Dec. 5, included 3% raises but maintained two tier and did not address job security concerns. At the current rate of 7% inflation, a paltry 3% increase is essentially a pay cut.

In Battle Creek, Michigan, where Kellogg’s is headquartered, no union member has crossed the picket line. Production has suffered, as the company tried to run the plants with supervisors and temporary workers.

After the contract votes were tallied, Kellogg’s announced plans to hire permanent replacement workers, giving them the jobs held by strikers. This is a common strikebreaking tactic, designed to break workers’ resistance.

President Joe Biden has criticized Kellogg’s for threatening workers with permanent replacement. The Protecting the Right to Organize Act, which Biden supports, has a clause that bans the tactic. The president could issue an executive order to make the PRO Act law, but so far he has refused to do so. 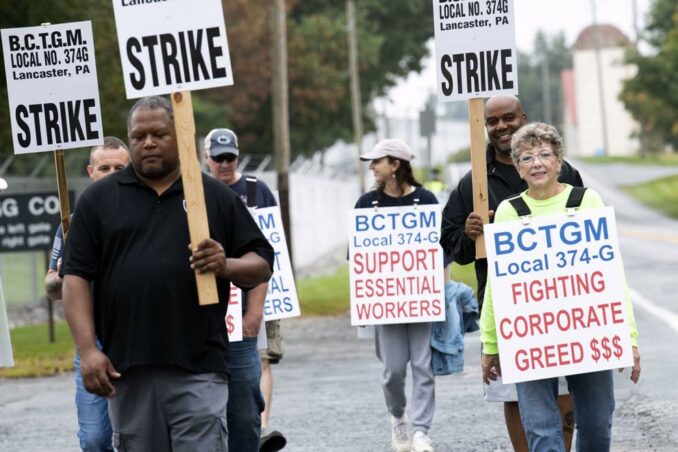