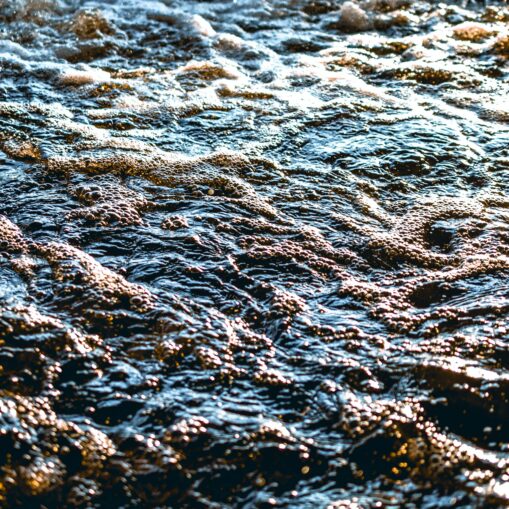 Polluted waters on island of Oahu

By land and by sea, Hawaiians are under attack by the U.S. empire. In just one week, two major scandals show how corporations and the military are waging a two-front ecological war to poison drinking water and farmland. On this Pacific archipelago, occupied by the U.S. military for over a century, the monstrosity of white-supremacist capitalism is on full display.

U.S. Navy officials at Pearl Harbor have been storing millions of gallons of jet fuel directly over a major aquifer (a natural body of permeable rock that holds groundwater), in this case the major source of Oahu’s drinking water. For the past decade, fuel leaks have contaminated the source of the local drinking water. In May, the U.S. Navy admitted that 1,600 gallons of jet fuel had been dumped in the Red Hill well on the island of Oahu. This week petroleum contamination was detected in the Halawa Shaft, which is the largest water source for the entire island of Oahu and particularly vulnerable to contamination leaching from the Navy’s Red Hill facility.

The U.S. military has a long history of poisoning the lands that it colonizes. Since seizing control of the island of Okinawa in 1945, the U.S. has constructed 31 military bases there. It has twice deployed nuclear devices on the island — first in 1959 — and again in 1965, apparently by accident. In 1969, there was a notorious outbreak of the deadly nerve agent sarin there. And in 2020 it was revealed that the U.S. Navy had contaminated the drinking water of over 450,000 Japanese people on Okinawa with toxic petrochemicals.

The U.S. military used the island of Vieques as a military testing ground for over 60 years, causing cancer rates to skyrocket among the population at a rate higher than all other municipalities in Puerto Rico. An estimated 16.5 million tons of experimental munitions were deployed on the island, which has a population of fewer than 10,000, and cleanup operations are expected to last until at least 2025. If not for the militant protests by Puerto Rican liberation fighters that forced the closure of the base, the U.S. Navy would still be polluting the island to this day.

An admission of guilt

Chief Engineer of the Honolulu Board of Water Supply Ernie Lau announced in a Dec. 3 press conference that the island’s Halawa and Aiea wells would be indefinitely shut down, to protect southern Oahu’s drinking water from further contamination. He explained that the precious water it contained was now toxic, as a result of the U.S. Navy’s decision to store “180 million gallons of diesel and jet fuel a hundred feet above our drinking-water aquifer.”

“It is time for action now,” he said, straining with emotion. “We cannot wait any longer. The water resource is precious; it’s irreplaceable; it’s pure. There is no substitute for pure water. And our lives depend upon it.” (youtu.be/O_2nXR3D8Eg)

The U.S. Navy quietly shut down the Red Hill shaft Nov. 28 and has since confirmed the leaks have displaced at least 700 people, though this figure only accounts for the civilians and military personnel who accepted the Pentagon’s offer to put them up in hotel rooms.

In a statement, the Navy admitted, “the Red Hill sample showed petroleum hydrocarbons roughly 4 to 10 times below the Hawaii Department of Health Environmental Action Level (EAL). The Navy had a separate test that confirmed vapors, which is another indication of petroleum hydrocarbons.” (tinyurl.com/yckwdh9a)

Deputy Commander of the Pacific Fleet Rear Admiral Blake Converse expressed “concern” about the number of Hawaiians who have reported nausea, rashes, headaches, vomiting and diarrhea — but refused to say what that number was. Petrochemical exposure has been linked to birth defects, miscarriages, leukemia and asthma.

While the U.S. military wages biochemical warfare on colonized people, agribusiness engages in these highly destructive practices to maximize what it can extract from stolen land and make more profit, without any concern for the health of the humans and other living creatures on those lands.

Just days after the shutdown of Oahu’s Halawa well, the agricultural industry giant Monsanto pleaded guilty to violating 30 federal environmental laws. Inspectors found that Monsanto had been illegally deploying banned ammonia-based pesticides on cornfields on Maui and storing the banned pesticides on Moloka’i and Maui. (tinyurl.com/2p8v6kb3)

President Joe Biden’s Department of Justice has ordered the corporation to pay a paltry $12 million in fines. WW reported in March, upon the confirmation of Biden’s agriculture secretary Tom Vilsack, that during his previous tenure as FDA head, Vilsack “removed genetically modified organism labeling standards and expedited the process for approving GMO products developed by chemical corporations like Monsanto. In 2019, Monsanto was ordered to pay $80 million in damages to California residents who have developed cancer from exposure to glyphosate-based herbicides in the company’s Roundup weed spray.” (tinyurl.com/2p8w2yed)

A report by Public Citizen shows that in less than one year, the Biden administration has sold more oil drilling contracts on federal lands than his predecessor, Donald J. Trump, approved in the first three years of his tenure. The Bureau of Land Management is now approving an average of 333 drilling leases a month on federally protected land. Like the Lakota struggle at Standing Rock, the opposition to a new cross-border pipeline from Alberta, Canada, to Superior, Wisconsin, is now being led by the Anishinaabe people.

Military violence and occupation; exploitation and destruction of stolen land for profit; the targeted displacement, poisoning and murder of oppressed nations — these are all monstrous heads on the hydra of imperialism.