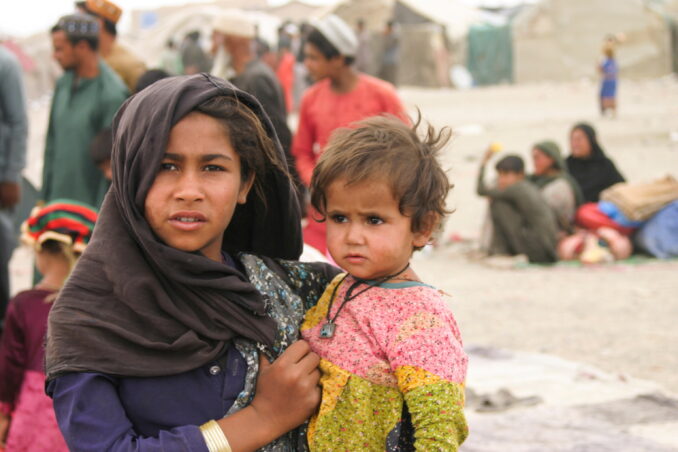 Contrary to the narrative of U.S. politicians and journalists, the August 2021 withdrawal of U.S. and NATO forces from Afghanistan did not mark the end of the United States’ so-called “forever war” but rather a shift in U.S. policy — from direct military intervention and occupation to one based on economic sanctions and indirect political subversion. Although the tactics change, the goal is the same: the accumulation of wealth and power through class warfare against the Afghan people.

Just days after Kabul fell to the Taliban on Aug. 15, Washington took measures to turn off the flow of funds to the new government and paralyze the Afghan banking system. The Treasury Department quickly issued a freeze order on nearly $9.5 billion of the Afghan Central Bank’s assets held in U.S. financial institutions, including the New York Federal Reserve Bank.

Although the Taliban was entitled to receive over $460 million from the International Monetary Fund (IMF) in currency reserves known as Special Drawing Rights, or SDRs, the U.S. ensured that those funds would be blocked. Notably, these punitive measures are in addition to the economic sanctions that the U.S. imposed on the Taliban following the 9/11 attack.

As reported in Workers World at the time: “Seizing the central bank’s money and cutting all international aid, in a poor country where three-quarters of public spending is financed by grants, gives Washington powerful leverage. U.S. strategists understand the impact of freezing funds and can calibrate this tactic to inflict maximum pain.”

The horrific and totally foreseeable consequences of these sanctions have, so far, been well documented by international humanitarian organizations, even if they are reluctant to depict the United States as culpable.

On Oct. 25, the U.N. Food and Agriculture Organization and the U.N. World Food Program published a report urging humanitarian assistance, warning that Afghanistan is on a “countdown to catastrophe.” According to the report, over 50% of Afghans will face “crisis” or “emergency” levels of acute food insecurity, including over 3 million children under the age of five.

On Nov. 22, the United Nations Development Program published a report warning that Afghanistan’s financial and bank payment systems are “in disarray” and on the verge of collapse. The UNDP report, citing the IMF, predicts the Afghan economy could contract by 30% for 2021-2022.

On Dec. 6, the International Crisis Group issued a more scathing report, warning that the “hunger and destitution” caused by “economic strangulation,” imposed by the West in response to the Taliban takeover, could “kill more Afghans than all the bombs and bullets of the past two decades.”

In other words, U.S. policy of intentionally starving the Afghan people through economic sanctions on Afghanistan is going as planned. As many predicted, blocking funds from the Taliban and curtailing foreign aid and assistance would lead to a rapid financial meltdown and exacerbate the ongoing famine plaguing Afghanistan.

Despite the Taliban’s success in forcing the U.S. government to the negotiating table in Doha and then ousting the U.S. military from Afghanistan, Washington has made it clear that it has no plans to respect Afghanistan’s sovereignty. Indeed, the Biden administration’s response to pleas that the asset freeze be lifted demonstrates the hypocrisy and callousness of U.S. foreign policy.

The Taliban’s November 2021 letter to the U.S. Congress correctly noted that “the fundamental challenge of our people is financial security, and the roots of this concern lead back to the freezing of assets of our people by the American government.”

The U.S. Special Representative for Afghanistan, Thomas West, rejected the Taliban’s request in a series of revealing tweets. West’s remarks effectively confirmed that the United States was preventing “critical” international aid from reaching Afghanistan as retribution for the Taliban’s military success, while recognizing that Afghanistan’s “economy [is] enormously dependent on aid, including for basic services.”

Further, in typical bourgeois fashion, West condescendingly lectured the Taliban that “[l]egitmacy and support must be earned” and confirmed that the United States would consider lifting the murderous sanctions if the Taliban only learned to “respect the rights of minorities, women and girls.”

The irony was not lost on Afghan Acting Foreign Minister Amir Khan Muttaqi, who questioned the tortured logic: “The U.S. froze our assets and then told us that it will provide us humanitarian aid. What does it mean?” Muttaqi reiterated the demand to release Afghanistan’s assets: “The assets should be freed immediately. The Americans don’t have any military front with us now. What is the reason for freezing the assets? The assets don’t belong to the Mujahideen (Islamic Emirate) but to the people of Afghanistan.”

The Biden administration has shown no signs of easing the sanctions. In fact, the Biden administration is reportedly entertaining the idea of permanently depriving the Afghan people of the funds needed to combat the current humanitarian crisis, by transferring those funds instead to U.S. plaintiffs with outstanding default judgments against the Taliban. That is what two groups of judgment creditors are arguing to U.S. federal judges.

Although its formal statement is not due until the end of January 2022, the Biden administration seems willing to go along with the plan — the only apparent obstacle is how to seize the Afghan funds without recognizing the Taliban as the legitimate Afghan government.

Following its imperial playbook, the U.S. sanctions imposed on Afghanistan — like the sanctions imposed on Venezuela, Cuba, Iran and many others — are having their intended effect, which is to punish the whole population of Afghanistan for the Taliban’s refusal to surrender the country’s resources and sovereignty to the demands of U.S. and European capital.

The intended consequence is the destabilization of Afghan civil society, making daily life so unbearable that the Afghan people eventually blame the Taliban for their misery and providing the United States and its proxies an opening to enact regime change.

Now more than ever, those in the imperial core must demand: U.S. out of Afghanistan — totally out, and end the U.S.-imposed sanctions.