The following is part three of an edited interview with Che Nieves, a survivor of the 1971 Attica Prison Rebellion and a founding member of the Young Lords Party in Greenhaven and Attica Prisons, conducted July 20 by Monica Moorehead, a Workers World managing editor. More segments of the interview have appeared in WW, and more will appear in future issues. (See workers.org.) 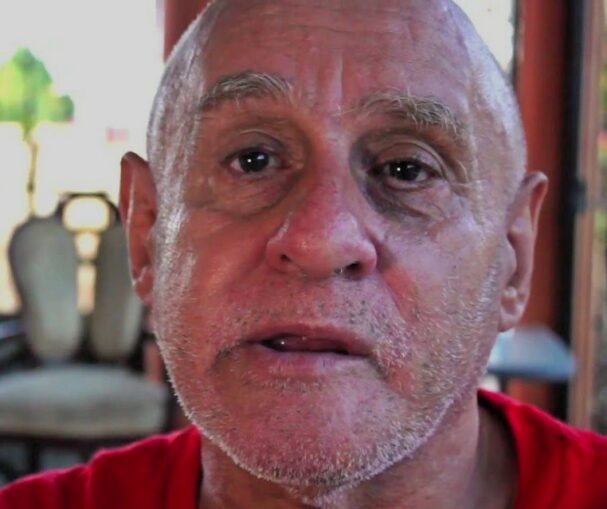 A hunger strike was held at Attica to commemorate Black Freedom Fighter George Jackson, gunned down by San Quentin Prison guards on Aug. 21, 1971. A few days later, the leadership was formed of the Attica Liberation Faction, which sent a Manifesto of Demands to New York Commissioner of Prisons Russell Oswald.

From Sept. 9-13, 1971, 1,281 prisoners, mostly Black and Latinx, rose up against the oppression, labor exploitation, brutality and racism at Attica.

Che Nieves: Oswald met with some of the brothers. I wasn’t there. There were no commitments, but he said there were possibilities of change and that he would get back to them. He never came back. He sent a message saying changes are coming slowly. People were fed up and at a boiling point.

On Sept. 8, two brothers were in the yard, sparring during recreation. A sergeant attempted to break them up, but a brother moved his arm and hit him in the face.

Everybody got locked in a yard, in a block. The goon squad came and picked two brothers out of their cells and beat them up. The goon squad comes in like the Ku Klux Klan, in groups because they’re scared to come alone. The guards beat us up and took some people to segregation, where I’m sure they got beat up there, too. Everybody was yelling. The next day the brothers’ cells were open for them to go to the mess hall, and they went.

Then it was time for recreation, but there was no recreation. The brothers said “We’re going to have recreation.” And they exploded. Inside, it’s called the Big Bang Theory: When there is too much tension, too much anger, too many issues, it comes to a boiling point and explodes.

When it exploded, everybody started running all different ways. I heard the siren go off. I was in a metal shop working, and I looked to the door that led to the outside. I asked “what the hell?” And you shot, and they were pushing at the door.

Eventually the door opened. The brothers saw Sam Melville came in, and he said, “Everybody is free now.” I said, “I’m not totally free yet, but I understand what you say.”

Everybody started running. Everything was disorganized. During that process, brothers were taking hostages in a block. They got control of [two tunnels], D-yard and Times Square [a central control room which connected the prison’s four sections], so brothers could go from one area to another.

They controlled every block. The brothers forced themselves into an area and took the guard there hostage. Then people ran to D-yard, where everything was going to happen. I ran along with others. By the time I got there, there were close to 40 hostages in a circle.

I said, “So let’s get it together.” We looked at all the leaders of various parties, in the Young Lords and the Black Muslims. It was chaotic in the yard. We needed to bring order and discipline. And so Brother Champ spoke. He was well respected by the prison population. He was a jailhouse lawyer and a very intelligent brother.

He said, “This is a very serious situation. This is nothing to play with. Allies are involved. Let’s organize ourselves.” Within minutes, the yard became well-organized and well-disciplined.

We talked about two things to do quickly: Establish a committee to represent all inmates; and organize a security organization to secure everything happening, so there will be no harm. We organized the first committee, which was composed of young Black Panthers. Melville was one of our leaders in the committee. All of us were selected by the 1,200 people in the yards.

WW: How many blocks were in the prison?

CN: Inside prisons, there are usually four, but it’s five. You got a block. Each block had its own yard. This prison was designed specifically to not only separate inmates but also to maintain order. Attica was very horrible.

Instead of using names, the prison authorities gave people numbers, and you have to remember those numbers. If you don’t remember them, you are in trouble. So that’s how Attica was.

WW: Looked like a medieval fortress from the outside.

CN: Attica, like all prisons, was built to not only keep us inside but to keep you outside. Let’s remember one thing about Attica. Everything that happened there was not known to anybody in the streets. They will kill, and nobody will ever know what’s happened.

A few years ago, a brother named George Williams at Attica was beaten up so badly that his legs were broken. His family sued the state, but nothing came out of it.

But Attica continues. The conditions that existed at Attica in 1971 are still here today. Nothing changed.

Youth Against War and Fascism, an ally

We talked about who we wanted to come in. We wanted the Young Lords, [then Congress member] Herman Badillo and William Kunstler. We wanted people from the New York Times. We wanted Youth Against War and Fascism. Brother Tom Soto from YAWF was the one brother out there. We have lost our brother, but I met him, and I hugged him. I said, “I love you.” He said, “I love you too, and I’m going to stay here and die here with you.” And I said, “No, you can’t. You got to go back.”

The brother was a warrior, a soldier, a dedicated revolutionary. But I can never say anything bad about him, because he had nothing bad to say about a brother.

I will always carry him in my heart, because he was very dedicated and all the brothers as well. The administration saw the observers. The Black Panthers came in. Bobby Seale came in. So we all sat down for the first day to get to know each other.

WW: Were you part of the negotiating?

We wanted to first get the warden out. We wanted to establish new visitation rights and put a stop to the ripping up of letters from our loved ones. We also wanted newspapers like the Amsterdam News, Workers World Party’s newspaper and The Call, the Black Muslims’ newspaper, to come in, because we had a right to have access to these things.

We wanted representatives at parole board hearings, so that when the parole board attempts to throw a monkey wrench into these hearings, the attorneys will be there to resolve the issues. I went to the parole board twice, and I was denied and told to come back in two years. The reason was because of my political involvement in prison. I was at a point that I didn’t care. My main concern was continuing the struggle in the prison. Those were some of the issues. The toilet paper and showers were minor concerns, but they were serious ones.

WW: You were also demanding a union, right?

CN: Yeah! We demanded unions, better working conditions and an end to exploiting the workers. We talked about that. Those are demands on a larger scale. I’m only speaking on a minor scale. Some of us talked about going to another country. I wanted to go to Cuba and fight like Ché Guevara. I was young.

The demands raised included amnesty. Why did we include amnesty? Because we felt that if we gave the prison back, we didn’t want to see any retaliation. Would you want to be beaten up, like they were beaten up in Rikers Island and prisons in the Bronx, Queens and the Tombs in Manhattan? Uprisings occurred in various places in the city.

As a result of giving up the hostages, those involved were beaten up. There were always consequences. We did not want those consequences to happen to us. So we put amnesty in as a major demand. But what happened was almost two days later.

We found out a reporter was filming everything happening in the yard. We felt that was necessary, so the world would know what happened to us. If it wasn’t for his filming, many people would have never known about Attica. We wanted amnesty. One hostage who was in the tower passed away as a result of his injuries.

Some people took a wounded hostage to the administration, so they could open the gates and get him to a hospital. But the administration never did that. They kept him for a long time, which resulted in his death. That was a justification for them to turn around and say you killed him.

We said no. Our demands just came to a halt. We couldn’t proceed with those demands, but we had to firmly maintain our demand for amnesty, because we were then facing murder charges. Everybody in the yard was suspected of being involved in this murder.

We waged our struggle with the administration on this particular demand; they would not budge. Somebody kills a hostage, and we are going to do what we have to do. So we said let’s bring Nelson Rockefeller, the [New York] governor then. We could sit down with him and discuss these issues. Maybe if he makes a commitment to us, we’ll give up the hostages. The administration would not budge.

The observers attempted to communicate with Governor Rockefeller. He said no. I don’t care about these prisoners. My main concern is being the president of the United States. I have political ambitions. The prisoners don’t mean anything to me and have no value to me. Politically they are slaves. That’s the bottom line.

The slaves, that is in the Constitution. People and prisoners are slaves. Rockefeller didn’t want to talk with us. He wanted to bring law and order and maintain the institution. Law and order was when runaway slaves were captured, and they were brutalized, abused, tortured and killed. That’s my perspective on law and order. We wanted to discuss what was happening and get some positive feedback from the government. But they never did.