August 31 may seem like a normal day to people, but to those who have been touched by the opioid and overdose epidemics, that date is International Overdose Awareness Day. 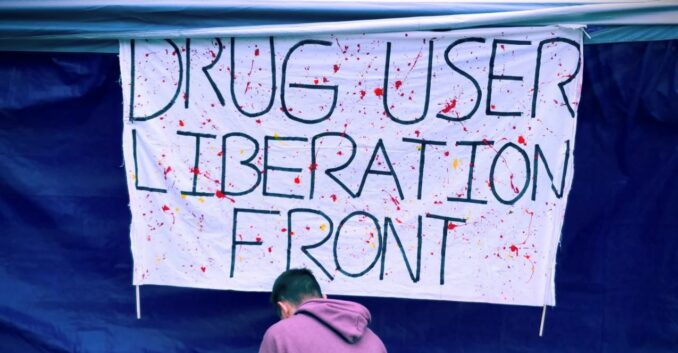 International Overdose Awareness Day, which memorializes those who have been lost to overdoses, was founded in 2001. Many governmental and nongovernmental organizations, as well as individuals, have taken action on this day.

The stated goals of International Overdose Awareness Day are:

When a friend or loved one fatally overdoses, there is often no place for the families of drug addicts to go, where they can mourn without experiencing insults towards them and their deceased loved one. Besides people maligning the deceased and their family, families and friends often feel guilt and shame that they couldn’t prevent the steps that led to overdose, even if they did try to help. The pain can be extra hard on parents.

Studies have shown that both addiction and recovery bring a sense of shame or failure. People blame themselves for being addicts, ignoring the fact that they have both a mental illness and a condition exploited by capitalist companies that push opioids and lie about their addictiveness. (tinyurl.com/4k2saz)

Addicts feel alone and feel like they can’t be valued. International Overdose Awareness Day raises them up and treats them like they’re people and like they’re cared about.

An important part of fighting the overdose and opioid epidemics is to push evidence-based treatments, policies and actions. An unfortunate truth — without putting down those who use the 12 Steps — is that 12 Step-based treatment facilities often fail their patients.

We need to push forward evidence-based treatment like methadone (Methadose, Diskets) and buprenorphine (Suboxone, Subutex, Sublocade, Zubsolv). Methadone and buprenorphine alone have been highly successful in their treatment of people in opioid addiction.

In the United States, methadone can only be acquired from methadone clinics, a major inconvenience and threat to sobriety for addicts in recovery. Methadone clinics distribute methadone at limited hours. During methadone titration, when dosage is adjusted, patients have to come in daily. Before the COVID-19 pandemic in Pennsylvania and other states, a methadone patient could only get two weeks worth of methadone. This difficult access is very problematic for peoples’ job schedules and home life.

After COVID-19 hit, these restrictions were lifted and in some states, like Pennsylvania, patients received doses for a full month. New York state created a program to deliver methadone to peoples’ homes to prevent the spread of the virus in methadone clinics.

Under a humane and better policy, methadone would be distributed by ordinary pharmacists and drug stores. More people could get methadone for themselves at times that benefit them. COVID-19 pushed states into altering their methadone regulations, but it was only a baby step and still won’t lead to the necessary reforms.

Although methadone is much more regulated, buprenorphine is regulated in a way that still inconveniences the patient. To prescribe buprenorphine products, one must be registered with the Drug Enforcement Administration, have an X-Waiver and go through up to 24 hours of training to dispense.

Although the Biden administration loosened the X-Waiver requirements by not requiring training or an X-Waiver for doctors and nurse practitioners with DEA certification who see 30 or fewer patients, the X-Waiver is still necessary for doctors who need to see more. The lack of X-Waiver providers in areas hit hard by the opioid epidemic, such as rural areas, causes people to lack access to gold-standard treatment.

Harm reductionists, activists, addicts in recovery and addicts still using — we all are demanding the Biden administration push Congress into repealing the X-Waiver requirements. Of course, asking capitalist politicians — who helped drug manufacturers spread their painkillers — to do the right thing can be a fool’s errand. But we should try anyway.

Evidence-backed policy and practice have been discussed in this article but there are still more methods we need to examine. In Canada, members of the Drug User Liberation Front (DULF) and the Vancouver Area Network of Drug Users (VANDU) took the access to methadone and buprenorphine to logical, necessary ends.

They’ve been pushing their government into legalizing diacetylmorphine (heroin) and hydromorphone (Dilaudid) as injectable medications that would serve as a next level of medication-assisted treatment. The U.S. needs to follow this example. The U.S. should use funds it spends on imprisonment to establish rehab facilities that have successful programs.

One last method of evidence-based practice is what the DULF did: handing out untainted, fentanyl-free drugs to people. Heroin, cocaine, meth — all on the streets now tainted by fentanyl — were given out to those who needed them.

We call this safe supply: An addict is given safe drugs to use until they decide to get clean, if they decide that.

What does all this have to do with honoring International Overdose Awareness Day? An easy question to answer: If we acknowledge the needs of addicts and the necessity of new drug policies, we prevent overdoses and do justice for those who’ve died and even those who overdosed and lived.

We must do everything we can to save lives and prevent overdoses. For everyone who has left us.

This article is dedicated to my friends — Paul and anonymous others. If only we had the safeguards we’re pushing for, all of you might still be alive.