Incarcerated people depend on their voices being heard outside the walls for their grievances against prison officials to be effective inside. Without public pressure from family, friends and other supporters, the prison guards, supervisors and administrators can literally get away with murder.

Bryant Arroyo has been a voice from inside Pennsylvania prisons for years. Arroyo is serving a life sentence for a crime he did not commit and is still contesting in court. He has dedicated himself to organizing from the inside and mobilizing prisoners to fight back against the horrendous conditions which authorities impose on incarcerated workers. 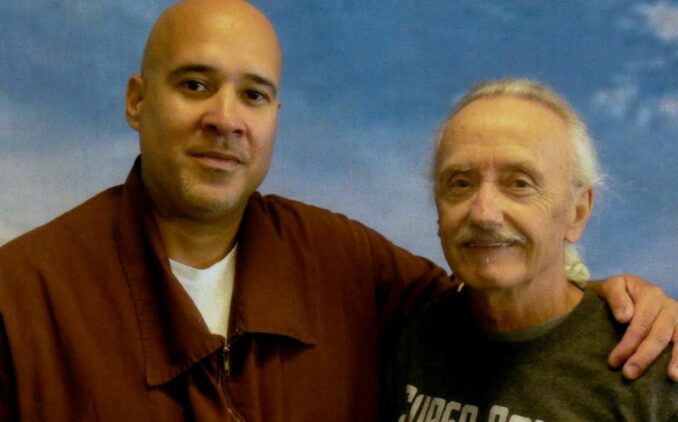 In Part 1, Arroyo described fighting the Pennsylvania Department of Corrections for punishing him for suggesting supporters post recordings of video conference calls with him on social media to expose PA DOC mistreatment of incarcerated people. (workers.org/2021/07/57838) In Part 2, Arroyo focuses on the PA DOC’s failures regarding COVID.

Bryant Arroyo was in restrictive Administrative Custody at S.C.I. Frackville from April 6 to 15, when he was subjected to a rapid COVID-19 test and told it was negative. Afterward, Insp. Lt. Dennis Newberry stated: “This is the result of your advocacy and particular status as a jailhouse lawyer and environmental activist — we are finally getting rid of you and won’t have to deal with you exposing Frackville staff members anymore in Workers World newspaper. . . . You are being transferred to a new facility [S.C.I. Coal Township], to be monitored and scrutinized closer.”

Arroyo replied, “Just because I’m being transferred to S.C.I. Coal Township doesn’t mean I still can’t expose Frackville from wherever they send me.” Upon his arrival on April 15, Arroyo was greeted with a peculiar greeting by staff there: “Welcome to COVID country.”

He was immediately COVID tested again by a nurse and sent to a COVID quarantine block for 14 days. On April 19, an officer arrived at his door with the unexpected news that his COVID test was positive. Arroyo reports: “For the record, I’ve tested positive for COVID twice. It’s not a coincidence. Frackville staff made another attempt on my life.

“McGinley incontrovertibly proved Lt. Newberry compounded my retaliatory claim under the First Amendment with an additional 8th Amendment violation of ‘cruel and unusual treatment,’ by defying both the Centers for Disease Control and Prevention and strict PA Dept. of Health Care rules that prohibit the entire PA DOC staff from negligently transferring any prisoners who are COVID positive to another facility.

“Both DOC Secretary John E. Wetzel and Pennsylvania Attorney General Robert Shapiro must investigate Newberry’s reprehensible, incompetent, derelict and negligent acts abusing his fiduciary duties and authority, outside the scope and purview of the PA DOC’s policies and procedures. This is not his fiefdom — it is the taxpayers’ kingdom.”

During his 18-day quarantine, Arroyo filed his grievance 926607 for subjecting him “to a cruel and unusual, severely constrained and limited amount of time to shower, cell-clean, use both kiosk and telephone, and deposit U.S. mail within a 30-minute interval. We are then locked in the cell for the rest of the day. Death row prisoners are allotted more time to conduct these same chores, and they aren’t sick with COVID.” The grievance stated that people who test positive for COVID should be given the same amount of time outside cells that the general population has access to, as in S.C.I. Frackville.

The number of incarcerated workers subjected to severe restrictions was increased Aug. 5, when S.C.I. Coal Township and PA DOC officials announced that all incarcerated people who refuse to be vaccinated would be removed from their cells and be taken to J/A Block, where out-of-cell time is limited to 30 minutes daily; contact visits are forbidden; law library access is unconstitutionally denied, and meals and commissary items are delivered to their cells.

Their press release claimed: “Incarcerated individuals will be assigned to housing units based on their vaccination status. The goal of these mitigation efforts is to protect the unvaccinated group by reducing contact with others.” Fifty two prisoners at Coal Township were moved to this isolation status. (Pennlive.com, Aug. 5)

On Aug. 10, the Philadelphia Inquirer reported: “COVID-19 has taken a high toll inside prisons. The Marshall Project and the Associated Press have found nearly 400,000 COVID-19 cases in U.S. prisons and more than 2,700 inmate deaths. Among staff members, 114,211 cases and more than 200 deaths have been reported nationwide.” (tinyurl.com/w4x2tda7)

Despite the number of cases and fatalities, more than half of all prison staff across the U.S. refuse to be vaccinated. (Prisonpolicy.org, Apr. 22)

Seventy-eight percent of Pennsylvania prisoners have agreed to take the vaccine, a higher rate than that of civilians outside prisons. Yet, the new policies basically punish the minority of incarcerated people who choose to not be vaccinated, while guards and staff — 77.6% are not vaccinated — are allowed to do their appointed rounds without any limits or discipline. (bit.ly/2VKOf71)

Pennsylvania state officials refuse to make vaccinations mandatory for prison guards and staff, even though they are the ones bringing the COVID virus into prisons, guilty of putting lives of incarcerated people at risk.

Arroyo’s grievance against the PA DOC for denying him videoconferencing visits for 60 days (April 1 to June 1) was denied June 30 by Chief Hearing Examiner Zachary J. Moslak who ruled: “Pursuant to DC-ADM 801 § 5 (C.4), appeals shall include a brief statement of the facts relevant to the claim. Your 29-page appeal clearly fails to meet this criterion and will not be accepted for Final Review.” The unresolved grievance seeks to remove the undeserved infraction from his records.

On July 6, Arroyo filed an appeal “formally objecting to Mr. Moslak’s misinterpreted, arbitrary dismissal, due to the fact that my two-page appeal for ‘Final Review,’ attached with 27 pages of documents totaling 29 pages, are relevant and categorically meets the criterion, under the proviso, pursuant to DC ADM 801 § 5 (C.4), and DC-ADM 801, Inmate Handbook Pg.41-Sec. Final Appeal (Office of Hearing Examiner), No.4-5, clearly states I’m responsible for providing a ‘brief statement (two pages) relative to issues and any available paperwork or documentation relevant to the appeal, etc.’”

Arroyo compared the PA DOC’s attack on his right to free speech to the recent U.S. Supreme Court decision for Brandy Levy, in which Justice Stephen Breyer wrote the free exchange of ideas “facilitates an informed public opinion, which, when transmitted to lawmakers, helps produce laws that reflect the people’s will.” (NY Times, June 23)

Just as this high school student has a right to free expression, incarcerated people like Arroyo have the right to expose conditions in prisons that can be harmful to their lives.