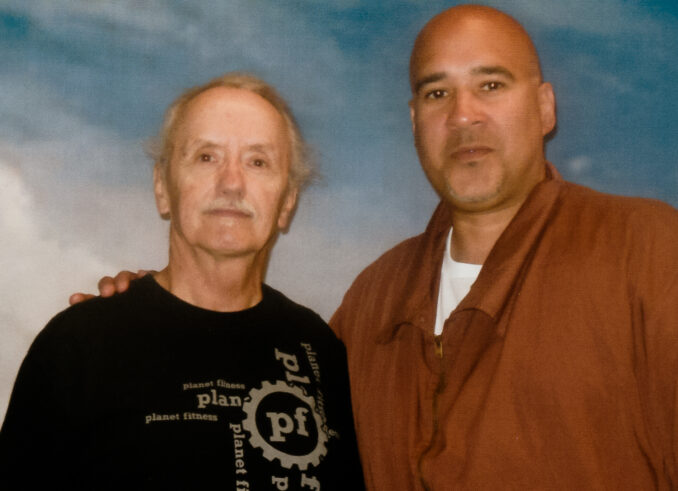 Incarcerated people depend on their voices being heard outside the walls for their grievances against prison officials to be effective inside. Without public pressure from family, friends and other supporters, the prison guards, supervisors and administrators can literally get away with murder.

Bryant Arroyo has been a voice from inside Pennsylvania prisons for years. Arroyo is serving a life sentence for a crime he did not commit. He is still contesting this in court. He has dedicated himself to organizing from the inside and mobilizing prisoners to fight back against the horrendous conditions authorities impose on incarcerated workers.

Arroyo was placed in isolated custody — thrown in the hole, the Restricted Housing Unit (RHU) — for suggesting on separate phone calls to this reporter, his daughter and others that they share recordings of video conference calls with him on social media, so the public can learn how badly the Pennsylvania Department of Corrections treats incarcerated people.

No one shared such a video on social media, but Arroyo was punished just for raising the idea. (tinyurl.com/ymma8tnv)

After being banned from video conferencing for 60 days, Arroyo was able to have a recent video conference with WW. The experience he described not only reveals the extent to which the DOC will go to to hide their inhumane policies by violating free speech rights, but also how Arroyo, like a good shop steward at any work site, persistently fights back.

“I want to give a salute of solidarity to all the comrades in the nation of prisons this morning. I want them to know that despite the retaliation that has been imposed upon me, including being transferred from SCI Frackville to SCI Coal Township, it hasn’t deterred me one bit. If anything, I’ve bounced back with much more resilience,” said Arroyo.

Referring to a decision by hearing examiner Dennis Wiederhold at his misconduct hearing April 1, Arroyo told WW: “It was a quite peculiar determination that he [Wiederhold] made, where he stated as a preponderance of evidence exists to support the charge, ‘any attempt to commit the enumerated offense is viewed as completion of the offense.’ The only thing that I could surmise is that he believes the mere thought of this expression shared to my activists, family members and supporters is the equivalent of committing the crime.

“I don’t know how he made that connection, because there’s nothing in the Pennsylvania Department of Corrections policy where I violated any of the visiting regulations by merely instructing or expressing visitors to record the virtual visits.”

On April 4, Arroyo was tested negative for COVID and returned to his cell from RHU. He describes events beginning April 6: “The prisoners in cells 37 and 38, near where I used to reside in cell 48, made the noise of ‘whoop, whoop,’ meaning cops on the way. I say, well, ain’t got nothing to do with me. Lo and behold, they came right to my door and said, ‘Mr. Arroyo, get your ID and turn around. You’re being locked up.’ ”

Because Insp. Lt. Dennis Newberry placed him under Administrative Custody on April 6, Arroyo had no access to his property, including legal files or to the library for law references, and could not get copies made — all necessary for filing a grievance against Wiederhold’s misconduct decision.

Arroyo explained the impact: “On April 8, I requested Superintendent Assistant Grievance Coordinator Jennifer Newberry provide me with an extension, but she claimed that ‘per policy there are no extensions to file a misconduct appeal. You have 15 business days to file an appeal.’ Ms. Newberry deliberately denied my request for extension under DC-ADM 804, 2017, Inmate Handbook Policy, Pg. 10, No. 22 which states: ‘Every request for an extension will be dealt with on a case-by-case basis.’ Ms. Newberry attempted to sabotage my Misconduct D571620 Grievance by legislating her own policy, defying PADOC rules.”

On May 4, Arroyo attempted to file a grievance against Lt. Dennis Newberry, charging him with retaliation for exercising free speech rights by denying him video calls and transferring him. It was sent by Certificate of Mailing to Newberry. No grievance number was returned, as is required.

Arroyo said: “Ms. J. Newberry has enjoined her pusillanimous husband, Insp. Lt. Newberry to punitively impede my access to file and receive an official grievance number in direct contravention of DC-ADM 804, Pt., Procedures-Policy, in violation of my First Amendment constitutional right and further proof of retaliation. I have proof via my cash slip on which I wrote ‘1st Amend. For Grievance For Misconduct #D571620. Sent to Ms. Jen Newberry under a Certificate of Mailing.’

“Article I, Section 26 of the Pa. Constitution, also known as the Commonwealth’s ‘nondiscrimination clause,’ is designed to protect Commonwealth citizens from harassment or punishment for the exercise of their constitutional rights, as determined in cases: Fischer v. Department of Pub. Welfare, 509 Pa. 293, 502 A.2d 114 (1985); and Bronson v. Lechward, 624 A.2d 799 (Pa. Commonwealth 1993). Section 26 reads ‘Neither the Commonwealth nor any political subdivision thereof shall deny to any person the enjoyment of any civil right, nor discriminate against any person in the exercise of any civil right.’

“So I just really want to extend my heartfelt thanks to Inspector Lt. Newberry and his wife for their magnanimous gesture of not only retaliating against me, but blatantly interfering with the grievance process and violating my First Amendment constitutional right.

“By her not processing my actual grievance, not only does she prove that she’s impeded and interfered blatantly with the process, in violation and direct contravention of the PADOC policy. She’s basically in contempt of her duties. And by her not providing me an official inmate grievance number, then you’ve just expedited the process for me to file a 1983 [a civil rights action pursuant to 42 U.S.C. Section 1983, in which one alleges a violation of his constitutional rights.] So instead of exhausting that grievance in PADOC, I can file a civil action in federal court.”