Miley Fletcher is a trans woman incarcerated at S.C.I. Forest in Pennsylvania, where 214 transgender prisoners are incarcerated according to their sex assigned at birth.

When a lot of us who are incarcerated receive a fictional or false misconduct accusation, you have to look at the circumstances surrounding you. I am a trans woman. I worked in the culinary department (kitchen), where, being who I am, a lot of kitchen staff did not want me there.

However, some inmates and a few kitchen staff did not mind. I am the only trans woman in this institution to work outside my block or unit. I was praised by some kitchen staff for how well I worked. Then one day, after months had passed, several kitchen staff patted me down, but not around my breast areas.

A few months later, a male kitchen staff member and his girlfriend, a staff member who I’d stayed away from because I could sense her hatred, transphobia and bigotry, grabbed my breasts, patted down my sides and then one leg at a time in a rough manner, throwing hands up my legs like a torpedo.

I told her that I had asked for a transgender pat down. She replied: “You’re in a male institution. F**k your tranny pat down. I pat you down the way I want to.” I told the kitchen supervisor about what happened, and later that day the woman apologized. But the guy was pissed about my complaint about his girlfriend. 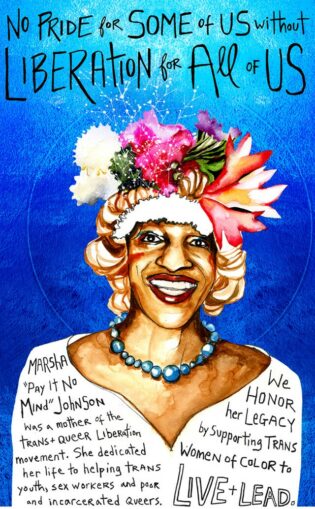 About two weeks later, mid-July, when I was working in the kitchen, count was called to go to the dining hall. We stood in line, took count and went back to our stations. A few hours later I was handcuffed and taken to medical. When I asked what was going on, they asked if I was assaulted or attacked, to which I replied no.

I was then placed in the Restricted Housing Unit (the hole) on a misconduct charge for “engaging in a sexual act” reported by the male kitchen staff member, who claimed that another inmate was feeling my buttocks and that I was grabbing his genitals. I requested a video review, which was not given. Both I and the other inmate pleaded not guilty at the hearing.

Five other kitchen staff were present, but none filed a complaint. This was retaliation against me, because I had complained about his girlfriend’s mistreatment of me. But I still received 30 days in the RHU, and I was removed from the Special Needs Unit (SNU), where I’ve been housed for two years and felt safe.

This is the price I pay for who I am. These are the circumstances which are placed on incarcerated people everywhere. A lot of people do not want transgender people to succeed or progress,

But do not give up; do not let those around you pull you down. What doesn’t kill you only makes you stronger. Be true to yourself.