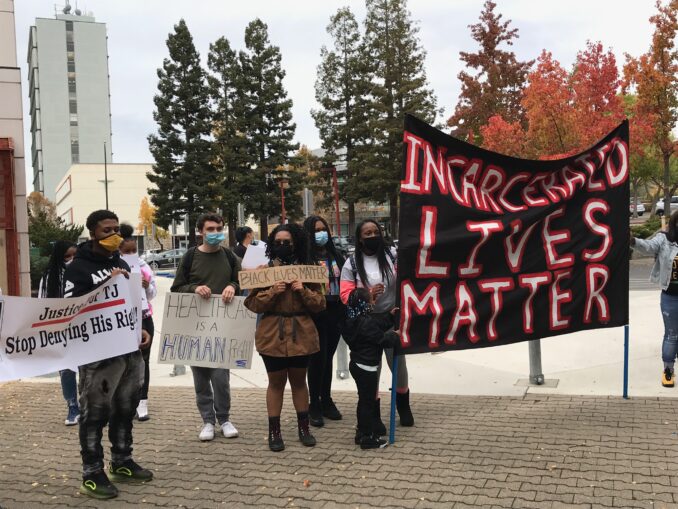 It’s not often that incarcerated people win victories under capitalism. Incarcerated women, and transgender and gender-nonconforming people did just that.

When California’s Governor Gavin Newsom approved the new state budget July 12, it included reparations for people who were forcibly or involuntarily sterilized between 1909 and 1979. The language in the bill specifically included incarcerated people in women’s state prisons after 1979. California is the first state in the U.S. to offer reparations to people who were sterilized while in prison. (Press Release by California Coalition of Women Prisoners, July 13)

This budget language did not appear out of thin air. Years of advocacy and pressure, starting with the prisoners themselves who suffered this medical abuse at the hands of prison doctors, made this happen.

Kelli Dillon, now out, was one such woman prisoner who spoke out and exposed the practice of forced and involuntary sterilizations of people inside prison. Dillon is featured in “Belly of the Beast,” a film released in October 2020 which exposed this illegal practice at the Central California Women’s Facility in Chowchilla. (Workers World, October 23, 2020).

Cynthia Chandler, Dillon’s attorney and a longtime advocate for prisoners, was elated with the decision. “This victory is a victory for the people inside California’s women’s prisons. This was a direct result of a decade-long campaign by people inside for justice,” she told Workers World.

According to the CCWP press statement, California sterilized over 20,000 people between 1909 and 1979; a large percentage were people with disabilities, Latinx and Black women and poor people. While it is not known how many incarcerated people were sterilized involuntarily, the practice continued past 1979. A state audit revealed that from 2006-2010, nearly 150 people were victims of forced or involuntary sterilization. The state budget allocates $7.5 million as reparations for these victims. 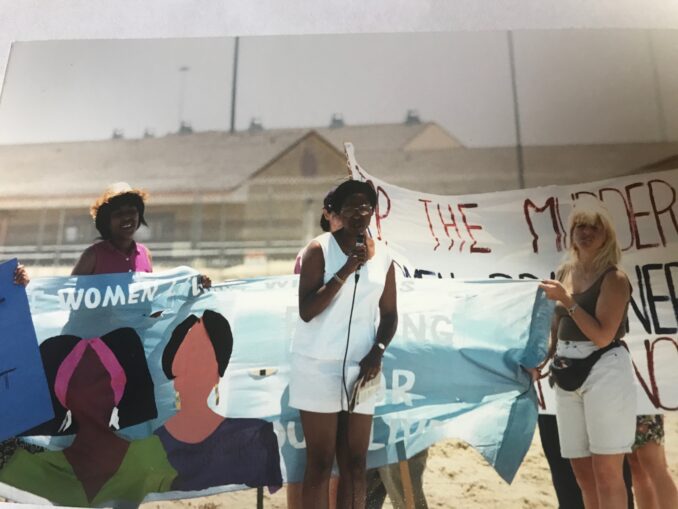 A demonstration in front of the Central California Women’s Facility (CCWF) in 1998 demanding health care for people inside.

Hafsah Al-Amin, Program Coordinator of CCWP,  told Workers World, “the hard part is going to be monitoring the state because it is the prison system that is taking responsibility for identifying and finding women and transgender people who were sterilized.” She noted that the new budget item represents an acknowledgment by the state that an injury was inflicted. Al-Amin added, “We hope that it will pave the way for Black, Indigenous and other people of color to seek redress in the form of reparations.”

The application that must be filed by people seeking reparations for involuntary sterilizations will become available Jan. 1, 2022. Chandler noted the difficulty of identifying former and currently incarcerated survivors of forced sterilization: “In order to assure that these reparations have an impact, it will require grassroots support of people inside to ensure that the investigations actually happen.”

Chandler urged all incarcerated people who have had abdominal surgery to file an application for review of their medical records, stating: “There needs to be a movement of survivors. That’s what will have real power.”

Besides the tireless work of incarcerated people inside prison, the budget request for reparations was co-sponsored by Back to the Basics Community Empowerment, California Latinas for Reproductive Justice, CCWP and Disability Rights Education and Defense Fund, in collaboration with the Sterilization and Social Justice Lab.