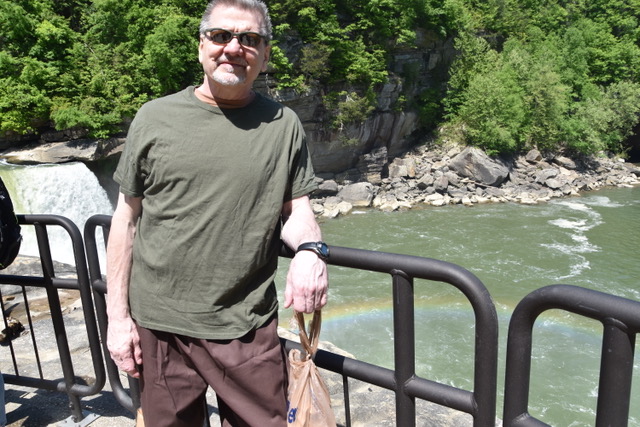 Radical political activist Jaan Laaman of the Ohio 7 was released from McCreary federal prison after 37 years in U.S. custody. He was arrested in 1984 and charged with “seditious conspiracy,” along with other members of the United Freedom Front.

The UFF was originally known as the Sam Melville/Jonathan Jackson Unit, named after two revolutionary activists who were assassinated by the U.S. government. Jonathan Jackson, younger brother of George Jackson, was killed during an operation to free political prisoners on trial. Melville was a militant radical and cellmate of Laaman’s at Attica and a leader of the 1971 uprising at that prison. Melville was murdered by New York State police during the Attica rebellion.

Laaman was born in a German refugee camp to Estonian parents in 1948. An ally of the Young Lords, the Black Panthers and the anti-apartheid movement before his arrest, Laaman became an activist for the rights of prisoners to have access to reading materials and higher education. A New Hampshire Supreme Court ruling, Laaman v. Warden New Hampshire State Prison, centered on the care of mentally ill prisoners. Part of the agreement involved separate therapeutic housing for prisoners with mental illness. According to Prison Legal News, “Any violation of the agreement was to be enforced via actions in the state courts.” (https://tinyurl.com/7vm6urb8)

Laaman is the last of the Ohio 7 to be freed from prison. Tom Manning, the only other remaining member, died in prison July 29, 2019, just 14 months before his scheduled release. Upon the death of co-defendant Richard Williams in October 2011, Laaman wrote, “For me personally, I have no dearer friend or closer comrade than Richard. . . . From construction sites to picket lines and yes, battle lines too, I feel proud and honored to have shared these with you, my comrade, my brother, my friend.”

While at the U.S. Penitentiary in Tucson, Ariz., Laaman faced heavy censorship, repression and repeated retaliation for his political writing. He was placed in solitary confinement in 2017. (workers.org/2017/05/31476/)

In 2016, Laaman wrote that “cops are rarely charged with wrongdoing.”

He continued: “These are the indisputable realities in early 21st century life in the U.S. If we look back historically, we can see even more blatant and vicious racist abuses and practices in all areas of life directed against all people of color. This began with the earliest European contact with and conquest of the Americas. Modern countries in North, Central and South America originated with genocide, land theft, enslavement of Indigenous peoples and the African slave trade.

“Decades of community activism and revolutionary organizing across the U.S. have made clear that no matter what the specifics of the struggle, unity is always necessary to sustain the effort and to win. As Mumia Abu-Jamal has famously stated, ‘When we fight, we win.’ The main weapon used against popular struggle is to divide us based on racism, playing to the lies of white supremacist ideology.

“Unity is our strength. Rejecting racism is necessary for unity. Racism will continue to be used against us until we expose it and reject it for the lies and fabrications that it is.”