The U.S./NATO-backed Israeli settler state has been forced into a change in leadership by the steadfast unity and resistance of the Palestinian people to their occupation and oppression. Another factor has been the explosion of international solidarity worldwide aligned with their anti-colonial and anti-apartheid struggle. 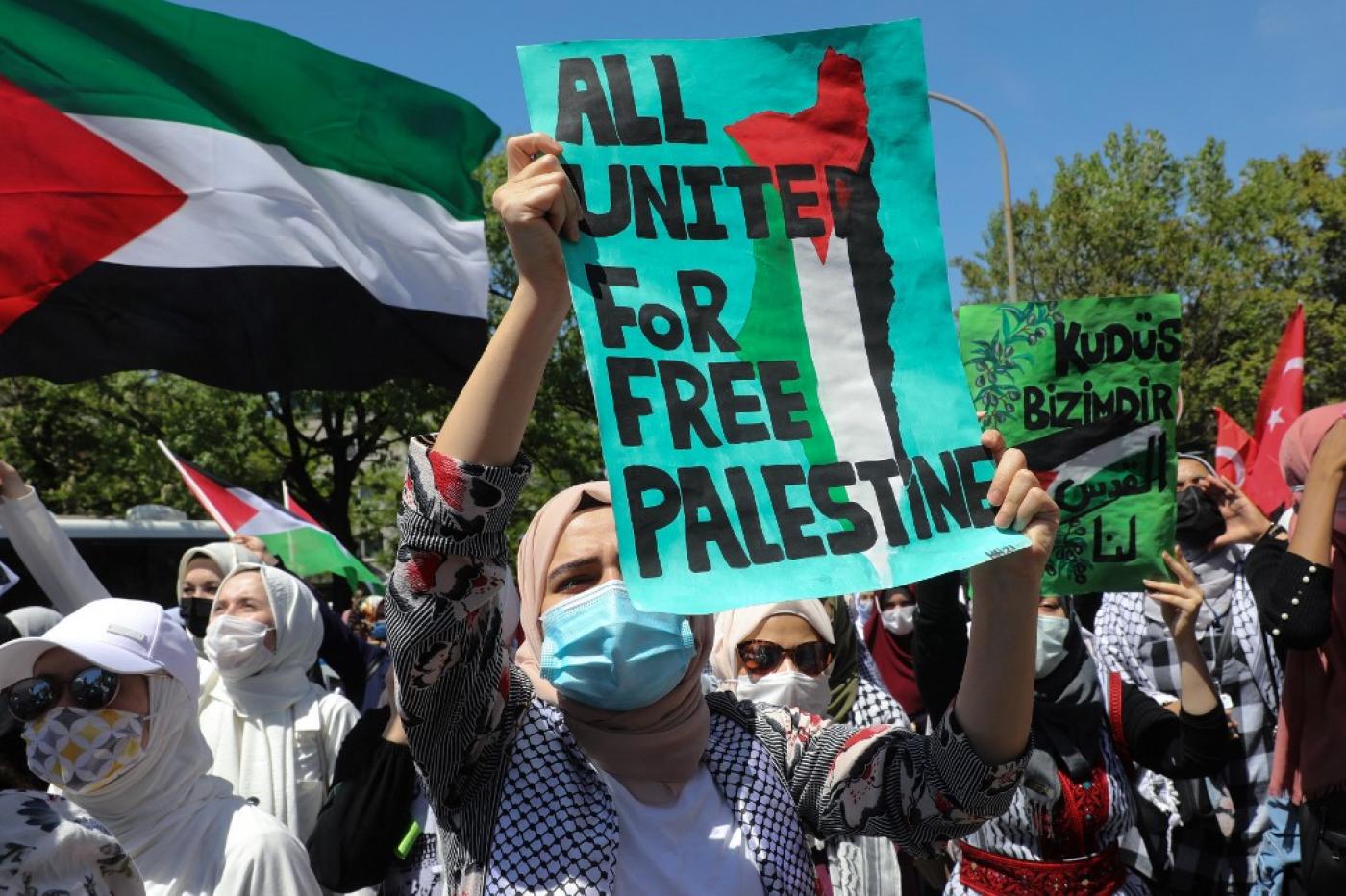 Rally in front of the Israeli Embassy in Ankara, Turkey, May 15.

Benjamin Netanyahu, who held office from 1996 to 1999 and again from 2009 until 2021, is out as the longtime prime minister. Naftali Bennett is in. Like all bourgeois political movements, Zionism has multiple trends and factions. Both Netanyahu and Bennett have lived for extended periods of time in the U.S. as adults and are one-time allies. They come out of the same right-wing, overtly racist, pro-apartheid Zionist trend, but they are leaders of their own factions or political parties.

These trends differ only on how to deal with the Palestinian resistance to Israel’s occupation. Some Zionists call for mass expulsions of Palestinians and a new “Nakba,” referring to the “catastrophe” in 1948 when Palestinians were forcibly ejected from their homes and farms. Others wave the flag of social democracy.

The political parties within these factions are generally based in different communities within Israel’s settler population, such as those which are religious, secular, Russian-speaking, or Mizrachi, meaning those of North African and Iraqi heritage.

However, all of the trends and factions agree on key fundamental issues: No democratic rights should be extended to the Palestinian people; apartheid laws will remain intact, and there would be no “right of return” to their ancestral homeland for the millions of Palestinian refugees forced to live in other countries.

“Divide and conquer” has been a tool of Western imperialism against Indigenous peoples for centuries from North America to East and West Africa, the Middle East and elsewhere. It may work for a time. This strategy has now failed in Palestine.

The proof is in the historic general strike of Palestinian workers on May 18. It was a major political defeat for the Zionist occupation and a psychological blow to its Israeli settler population. The message of this tremendous action was seen and understood by the Biden administration, U.S. Congress and various factions in the Zionist movement.

The hundreds of thousands of Palestinians demonstrating on the streets of Haifa, Lod, Jerusalem, Ramallah, Nablus and Gaza shredded the U.S.-backed Israeli plan to divide this population based on where they live, depending on when the military occupations of their lands began, whether in 1948 or 1967.

Also, the large and growing wave of international solidarity with the Palestinian people has added to the deepening crisis in which the Israeli settler state finds itself.

Reformatting the Zionist leadership or rebooting the Israeli Knesset (Parliament) will make no difference to those living under occupation or those who are in solidarity with them. The entire Zionist project is on a downward trajectory.

Palestine’s supporters and allies can only look forward to the day when the Palestinian people put in place a completely new operating system in their homeland.

Kramer lived in Israel and served in the Israeli Defense Forces during the 1973 Arab-Israeli War. He is a longtime supporter of Palestinian self-determination.