The NATO Summit took place yesterday at NATO headquarters in Brussels, at the highest level of state and government leaders. It was officially chaired by Secretary-General Jens Stoltenberg, de facto by U.S. President Joseph Biden, who came to Europe to call to arms his allies in the global conflict against Russia and China. 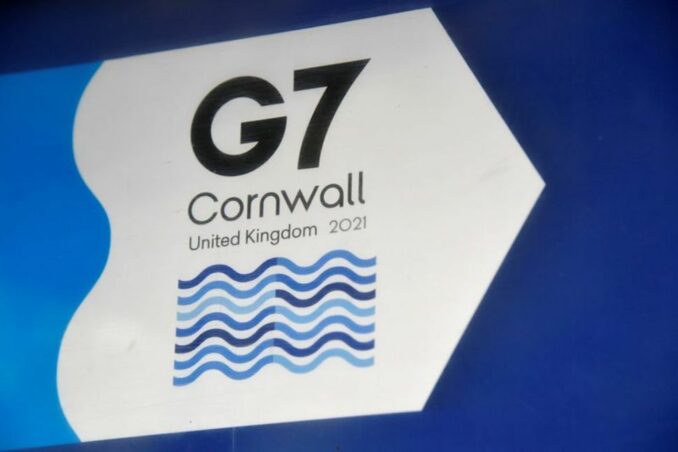 The NATO Summit was preceded and prepared by two political initiatives that saw Biden as the protagonist — the signing of the New Atlantic Charter and the G7 — and they will be followed by President Biden’s meeting with the President of the Russian Federation Vladimir Putin June 16 in Geneva. The final meeting’s outcome is heralded by Biden’s refusal to hold the usual final press conference with Putin.

The New Atlantic Charter was signed June 10 in London by Biden and British Prime Minister Boris Johnson. It is a significant political document to which our media have given little importance.

The historic Atlantic Charter — signed by U.S. President Franklin Delano Roosevelt and British Prime Minister Winston Churchill in August 1941, two months after Nazi Germany had invaded the Soviet Union — enunciated the values on which the future world order would be based, guaranteed by the “Great democracies”: above all the renunciation of the use of force, the self-determination of peoples and their equal rights in access to resources.

Later history has shown how little these values have been applied. Now the “revitalized” Atlantic Charter reaffirms its commitment to “defend our democratic values against those who try to undermine them.” To this end, the U.S. and Britain assure their Allies that they will always be able to count on “our nuclear deterrents” and that “NATO will remain a nuclear alliance.”

The G7 Summit, held in Cornwall from June 11 to June 13, ordered Russia to “stop its destabilizing behavior and malign activities, including its interference in other countries’ democratic systems.” And it accused China of “nonmarket policies and practices which undermine the fair and transparent operation of the global economy.”

With these and other accusations (formulated in Washington’s own words), the European powers of the G7 — Britain, Germany, France and Italy, which are at the same time the major European NATO powers — aligned with the United States before the NATO Summit.

A veritable declaration of war

The NATO Summit opened with the statement that “our relationship with Russia is at its lowest point since the end of the Cold War. This is due to Russia’s aggressive actions,” and “China’s military buildup, growing influence and coercive behavior also poses some challenges to our security.” A veritable declaration of war that, by turning reality upside down, leaves no room for negotiations to ease the tension.

The Summit opened a “new chapter” in the history of the Alliance, based on the “NATO 2030” Agenda. The “Transatlantic link” between the United States and Europe is strengthened on all levels — political, military, economic, technological, space and others — with a strategy that spans on a global scale from North and South America to Europe, from Asia to Africa. In this context, the U.S. will soon deploy new nuclear bombs and new medium-range nuclear missiles in Europe against Russia and in Asia against China.

Hence the decision of the Summit to further increase military spending: The United States, whose expenditure amounts to almost 70% of the 30 NATO countries’ total, is pushing the European Allies to increase it.

At the same time, the role of the North Atlantic Council is strengthened. It is the political body of the Alliance, which decides not by the majority, but always “unanimously and by mutual agreement” according to NATO rules, that is, in agreement with what is decided in Washington.