After decades of struggle for recognition, Juneteenth has been made a federal holiday by Congress and was signed into law by President Joe Biden June 17. Federal workers had Friday, June 18, off as a paid holiday, as June 19, the official date, falls on Saturday. This is the first new federal holiday since Martin Luther King Day was enacted and signed in 1983, although not officially observed until 1986. 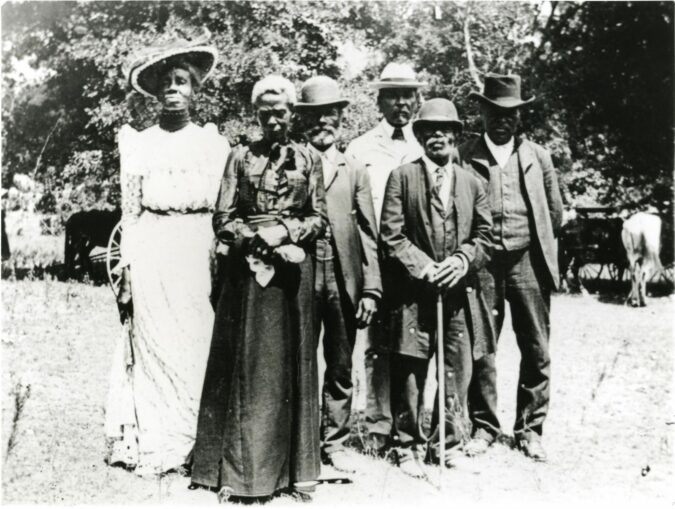 Two and a half years after the Emancipation Proclamation was issued by President Abraham Lincoln, the news of freedom reached the still-enslaved people of Texas by way of Galveston June 19, 1865.

Rebellions carried out by enslaved people had ultimately forced the signing of the 1863 Proclamation. Manisha Sinha states in “The Slave’s Cause: A History of Abolition,” “Prominent slave revolts marked the turn toward immediate abolition, and fugitive slaves united all factions of the movement and led the abolitionists to justify revolutionary resistance to slavery.” (New York Times, June 18, 2020)

Major General Gordon Granger and his Union troops marched through Galveston on June 19, 1865, reading General Order No. 3, which stated: “The people of Texas are informed that, in accordance with a proclamation from the Executive of the United States, all slaves are free. This involves the absolute equality of personal rights and rights of property between former masters and slaves, and the connection heretofore existing between them becomes that between employer and hired labor. The freedmen are advised to remain quietly at their present homes and work for wages.” (Galveston Historical Foundation 150)

It took years for this message and Union troops to reach the hundreds of thousands of enslaved people in Texas; and even then, not all enslaved people were freed instantly. In fact the material conditions of Black people remained largely the same in many ways via sharecropping and the system of convict leasing.

Leading up to the general’s message, it was known that Texas was a safe haven for enslavers. Galveston, with its deep-water port, has the oldest known police force in the state. The police protect the property and wealth of the richest people. Like many early police forces on this continent, they served as slave patrols.

Henry Louis Gates explained: “Since the capture of New Orleans in 1862, slave owners in Mississippi, Louisiana and other points east had been migrating to Texas to escape the Union Army’s reach. In a hurried reenactment of the original middle passage, more than 150,000 enslaved people were moved west to Texas.” (“What is Juneteenth?” PBS.org)

That exploitation evolved into systems like sharecropping, where the formerly enslaved still worked in the same Texas fields under similar conditions. Another way the ruling class carried out their will was through the system of convict leasing, which was designed to keep freed Black people in “legal” slavery. This was sanctioned through a clause which still exists in the 13th Amendment to the U.S. Constitution.

Under this system, the Texas Department of Corrections hired out incarcerated workers — who were often Black and had been arrested by law enforcement for little or no reason — to plantation owners as laborers. Convict leasing could be even worse in some ways than slavery, because those exploiting the labor of the leased people had no economic stake whatsoever in their well-being or even in keeping them alive.

Despite all of this, Black people in Texas have celebrated in defiance of being branded as property and treated as less than human. They have carried the tradition of celebrating Juneteenth into the present.

Elizabeth Hayes Turner’s essay “Juneteenth: Emancipation and Memory” quoted a  direct heir to the tradition of the holiday: “The 19th of June wasn’t the exact day the Negro was freed. But that’s the day they told them that they were free . . . , and my daddy told me that they whooped and hollered . . .”

Juneteenth celebrations through the centuries have featured rodeos, barbeques, family reunions, dramatic readings, parades, ball games and Blues festivals. And they have even been used as political rallies around voting rights. (Texas State Historical Association)

Attica Locke, a Houston-born writer, told the New York Times that her family would usually join community celebrations at local parks, where dozens of people would grab tables and party to music. She explained, “The way our freedom is celebrated is by one of the greatest things that was robbed from us, which was connection.” (NY Times, June 18, 2020)

In Houston, many of those same parks are still used to celebrate Juneteenth, including Emancipation Park in the Third Ward. The park land was purchased in 1878 by Rev. Jack Yates and his congregation at Houston’s oldest Black church, Antioch Missionary Baptist Church. Many church members were formerly enslaved. At that time almost all Houston parks were segregated and off-limits to African Americans. (Workers World, June 18, 2014)

Historical revision: a form of violence

While the emancipatory holiday’s origins are in the Lone Star State, “the people from Texas took Juneteenth Day to Los Angeles, Oakland, Seattle and other places they went,” wrote Isabel Wilkerson in “The Warmth of Other Suns: The Epic Story of America’s Great Migration.” (Vintage, 2011)

Juneteenth is jubilant in its origins. It calls upon us to consider the promises of freedom that have not been realized in the United States — particularly in 2021, its first year as a federal holiday.

Meanwhile, in opposition to what is called “critical race theory,” many states have proposed legislation banning the teaching of the racist history behind Juneteenth.

The attempts to rewrite such a history of jubilation in defiance of white supremacy and colonialism is a form of violence. Also violent are the prisons still standing in Texas, which were constructed during the era of convict leasing and which still cage and kill disproportionate numbers of Black people. In Texas, 75 out of 104 state prisons do not have air conditioning in a place where summertime temperatures regularly top 100 F.

Incarcerated workers in Texas are still legally required to labor for free. The University of Texas Medical Branch in Galveston was experimenting on Texas prisoners as recently as the year 2000. (Prison Legal News, December 2002)

Juneteenth must come with reparations for Black people for all the harm that has been done and continues to be done as the legacy of enslavement. Anything less than reparations is essentially symbolic and an affront to the carriers of this true history.