Just when it seemed impossible for Jeff Bezos and other Amazon bosses to be any more clueless and insensitive toward their workforce, the company introduced “Ama-Zen,” a wellness-isolation box for employees. 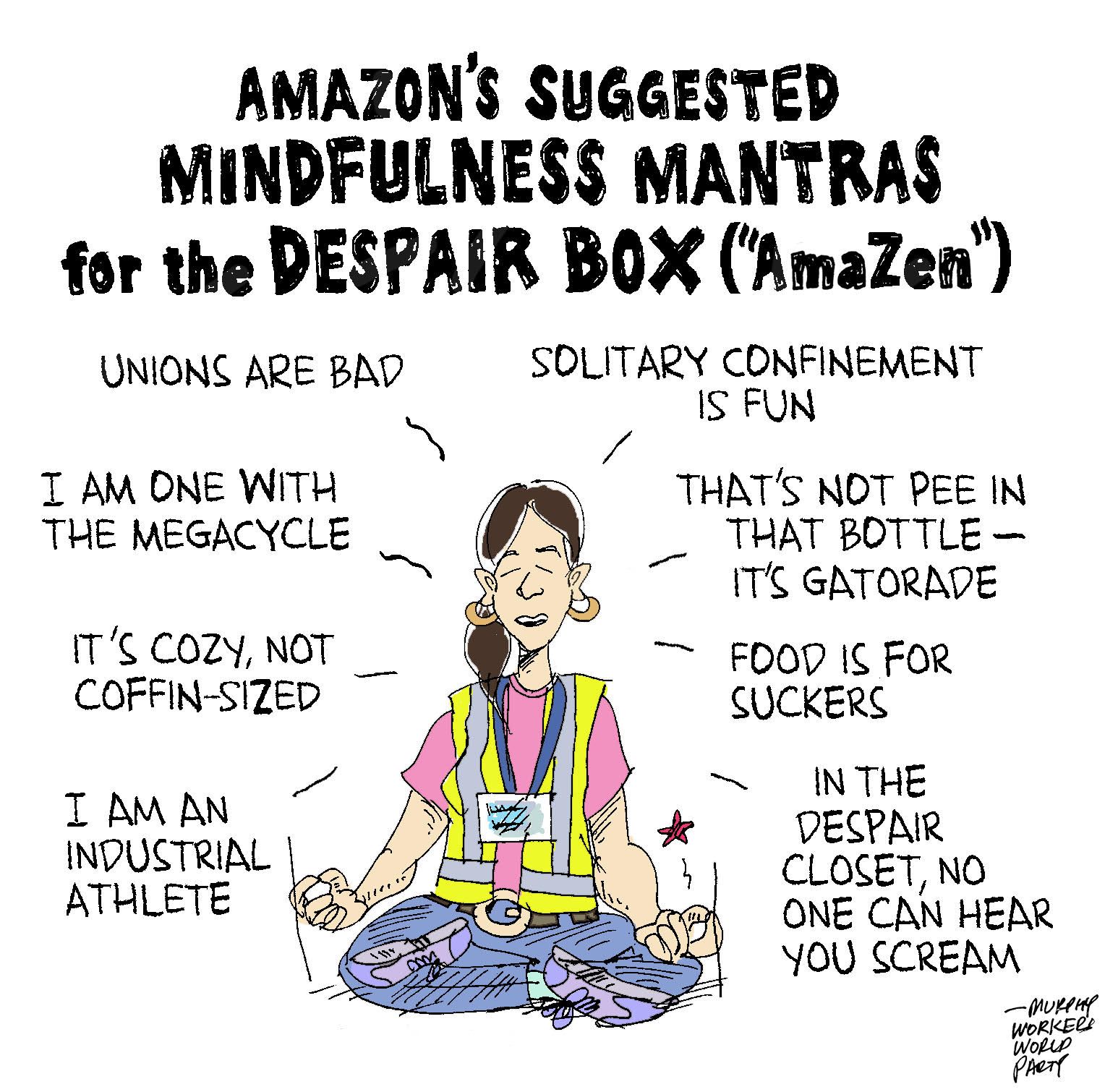 While the company touts these tiny cubicles as “self-care” spaces for warehouse employees to “focus on their mental and emotional well-being,” thousands of Amazon workers, responding to a video on Amazon’s boxes released on Twitter May 26, mocked them as “despair closets” and compared them to prison solitary confinement cells. (youtu.be/LUX2bLZ3acg)

One major problem with the $300 million “Working Well” program is that Amazon’s overworked warehouse employees are not given enough time to even “momentarily escape” from their jobs. One Twitter feed comment described these chambers as “Mental health porta potties.” Another suggested: “At least the employees now have a place where they can piss in a bottle in peace” (a reference to the company’s suggested “option” for delivery workers denied time to use bathrooms).

Overall, the thousands of comments denounced this union-busting company’s latest action as dystopian — and another example of how workers are treated like robots. The company actually refers to these boxes as a way “to help workers recharge their internal batteries.” 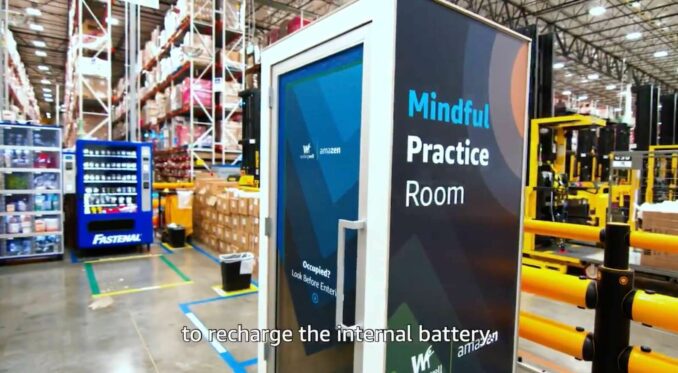 Ama-Zen — designed by Amazon “to recharge the internal battery.”

“Working Well” is supposed to provide workers with “physical and mental activities, wellness exercises and healthy eating support.” However, the company’s hype fails to mention how overworked workers, on their feet for 10-plus-hour shifts and constantly in motion, would ever have time or energy for this program.

While it may sound good, nothing in Amazon’s statement addresses the on-the-ground reality raised by workers during the Bessemer, Ala., Amazon union drive earlier this year, including the lack of adequate break times and the dehumanization of workers’ labor. Key issues included the unrelenting pace set by Amazon’s “time off task” system, where workers are constantly surveilled and penalized with docked pay, for every second taken away from production time.  Workers unable to maintain the inhumane, robotic pace risk termination.

The union drive raised the lack of adequate time for warehouse workers to leave workstations to get water or to go to the bathrooms — which are often the length of football fields away from their workstations. As for Amazon’s videos, many voiced concerns that they will just be more company propaganda trying to badger workers to go against union drives.

By offering coffin-size boxes for use during nonexistent breaks, management only exposes their contempt for workers. One comment suggested “Amazon has introduced the ‘Ama-Zen’. . . to distract from the fact that they busted a unionization effort in Alabama.” Amazon CEOs know that unionized Amazon workers with collective bargaining power would fight for and win genuine workplace improvements.