Ohio immigrant rights organizations and attorneys held a virtual press conference May 28 to announce a win: Immigrants will no longer be subjected to the deplorable conditions of detention at the Butler County Jail, in Hamilton. Organizers are demanding Immigration and Customs Enforcement release everyone detained in the jail. 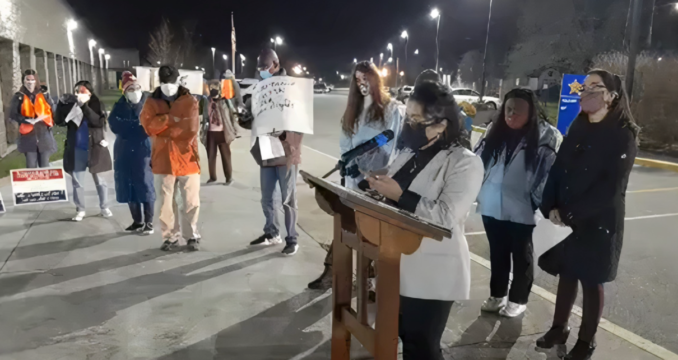 Abdoulaye Lam and Demba Diawara, who were later deported to Mauritania, gave prerecorded testimony about the abusive treatment they were subjected to in the jail. Prison guards beat them and called them racial slurs. The food served was “horrible.” They were not given clean clothes. There were no hot showers, and the building was unheated in the winter. When they complained of stomach pain, they were not allowed to see a nurse.

“This is something I will never, ever forget,” Lam said. Diawara demanded: “Shut down this jail!”

Lam and Diawara had spent many years in the U.S. and had small businesses in the community before being arrested and ultimately deported. Their spouses are legal residents, and their children were born here. “My daughter cries every single day,” said Diawara.

Speakers credited the “bravery and courage of the people who are inside,” like Lam and Diawara, for sending out letters about jail conditions, which led to a lawsuit. Rather than refraining from subjecting detainees to an inhumane situation, notoriously racist Butler County Sheriff Richard K. Jones ended the county’s contract with ICE.

Lynn Tramonte, representing the Ohio Immigrant Alliance, said, “We say good riddance.” Previously ICE ended its arrangement with the Morrow County Jail, where 100% of those incarcerated had contracted COVID-19 after being denied face masks, soap and implementation of social-distancing measures. Similar victories have been achieved in Georgia and Massachusetts.

Immigrant rights activists are collaborating with state abolition groups to fight intolerable county jail conditions, which people incarcerated by the criminal injustice system also face. Justice will not be served if people without documents are merely transferred to other horrible facilities — or if they are deported.

“Ohio is not a place where we want to detain immigrants,” said Danya Contractor, with the mutual aid group Ohio Immigrant Visibility. The two remaining county jails in Ohio that contract with ICE are Geauga County in Chardon and Seneca County in Tiffin.

Technically, anyone who has been in the U.S. since at least November 2020, and is not deemed to pose a risk to the community, is legally eligible for release. However, immigration attorney Brian Hoffman pointed out that this is nearly impossible to prove before a judge without an attorney. Only 14% of migrants in ICE detention have attorneys, and the percentage is even lower in some states.

Abolish ICE! Free them all!