Intoxication culture is made up of the social cues and forces which push workers and oppressed people into using drugs or alcohol. Our entire society — U.S. society — has been drowned in this intoxication. Whether cis or trans, straight or queer, everyone is impacted by the overwhelming forces that push us into using and abusing drugs and alcohol. 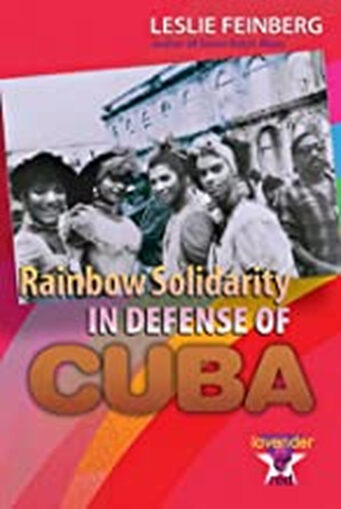 This is especially true in the queer community, where queer people are 2 to 4 times more likely to use and abuse substances than their heterosexual and cisgender counterparts. This happens because of anti-queer and anti-trans oppressions. (tinyurl.com/3h6rpryt)

Oppression of queer and trans people is a direct factor behind drug abuse in queer communities. But corporations continue to feed on our abuse of legal substances like alcohol products. Almost all major Pride events in the U.S. are sponsored by alcohol companies. Despite the fact that June’s Pride-themed events should be welcoming to everyone — the sober and the underaged included — substance-abuse corporations continue to use Pride as a marketing gimmick.

Targeted corporate advertising campaigns knowingly prey on and are extremely destructive in our community. Yet few queer mainstream organizations and events call this advertisement out, thinking that corporate dollars guarantee survival.

It is no surprise that corporations have begun to rebrand themselves as “diverse and inclusive” and to emphasize that their products “are for everyone.” This is done to stay competitive in attracting the most buyers for their products in the capitalist dog-eat-dog race of profit-making for the corporations and the bosses.

This campaign shifts into overdrive during Pride month. In large cities, you won’t be able to attend a major Pride event without seeing advertisements for Bud Light, Absolut or another alcohol company. In Boston and Chicago, Bud Light is one the top sponsors of Pride.

In smaller cities, it has become more common to attend Pride festivals and come face-to-face with liquor trucks, beer tents and other advertisements of alcohol. In some places, there are many all-night Pride parties with seemingly endless amounts of alcohol as well as illicit drugs. Many of these events end up with people suffering from alcohol poisoning or other dangerous side effects of excessive drinking.

There is no denying that the advertising onslaught puts temptation right in the face of many working-class LGBTQ+ people suffering from “minority stress” — the day-to-day struggle of being discriminated against and outright oppressed.

There is a direct correlation between the stress of LGBTQ+ oppression because of outright discrimination and dehumanization — as well as the lack of resources for LGBTQ+ people — and the move to self-medication through drinking and drug use.

Alcohol companies understand this and profit off the oppression of LGBTQ+ people, perpetuating intoxication culture, creating more substance-abuse issues in the LGBTQ+ population and pocketing more money. Unrelenting corporate pursuit of profits directly contributes to the continued suffering of an oppressed group.

Not only is alcohol and alcoholism a growing problem for queer/trans people, hard drugs such as crystal meth have become an abuse epidemic. Statistically, gay men are four times as likely to try crystal meth than heterosexual men. Addiction rates in general are alarmingly high in the LGBTQ+ community, due to the heavy weight of day-to-day oppression that is suffocating all of us. Many queer/trans people spiral into drug-induced escapism, which temporarily frees people from the fear and anxiety about being judged or mistreated by a violent, heteronormative society.

The Centers for Disease Control and Prevention have documented that use of drugs and alcohol statistically lead to higher rates for HIV/AIDS and other STDs, fueling the ongoing epidemic of HIV/AIDS in the LGBTQ+ community. Though the epidemic is not as rampant as 35 years ago, the deadly disease still ravages oppressed communities and people, particularly working-class Black trans women.

The connection between intoxication culture and death is a vicious cycle that capitalism perpetuates through direct attack and co-optation. Unfortunately, that co-opting is present in Pride.

In the face of this ongoing conflict, some Pride festivals have turned to sober Pride. This can include not allowing or selling any alcohol on the premises, along with harm-reduction staff on site, who have Narcan to treat drug overdoses and provide resources on sobriety and safe drug use.

These Pride events and other similar LGBTQ+ events are being led by a new wave of queer/trans socialists committed to building a socialist revolution that is queer-led, trans-led and based around community care and solidarity.

These LGBTQ+ socialists have realized that capitalism will not bring liberation or a solution to any problem, but will only fuel more chaos, more intoxication culture and leave more oppressed people and workers dead in its wake.

They know that it will be socialism that deals the death blow to intoxication culture.