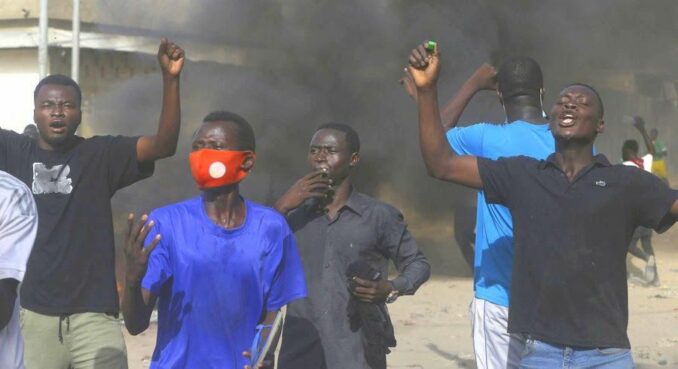 May 2 — U.S. and French imperialism have competing interests in how an ongoing crisis in Chad is resolved. They also share common interests in keeping imperialism dominant. The crisis flows from the death of Chad’s president Idriss Déby in combat April 20 against the armed opposition front FACT.

Right now it appears that French imperialism has the advantage, while the U.S. government is taking steps to ensure its interests are protected.

FACT, the Front pour l’Alternance et la Concorde au Tchad, is an armed group, based in southern Libya, whose main political demand is eliminating Déby’s regime. It appears to be well supplied with heavy weapons. From where is unclear.

The headquarters of Operation Barkhane, France’s military intervention in the Sahel — the band of countries stretching across Africa on the edge of the Sahara desert — is in N’Djamena, the capital of Chad. AFRICOM, the U.S. Command for Africa, also has a base in N’Djamena.

Chad’s main value to French and U.S. imperialism appears to be strategic. It is in the center of Africa and has borders with Nigeria, around Lake Chad, Niger, Libya, the Sudan, the Central Africa Republic and Cameroon. It has a well-trained, well-equipped and well-led army that has been very useful in operations against Boko Haram in northern Nigeria and resisting Islamic groups in the triangle formed by Mali, Burkina Faso and Niger.

Mahamat Idriss Déby, one of Idriss Déby’s sons, an army general, quickly set up a military council, dissolved the government and parliament, and promised transparent, free and fair elections in 18 months. While Idriss Déby’s election to another term as president was due to be announced the day he was killed, this action of Mahamat Déby was still an illegal coup.

Protests were organized in N’Djamena and also Moundou, the second largest city in Chad in the south, where farming is the main occupation.

The protests were quickly broken up by cops using tear gas and live rounds. According to Baldal Oyamta, the Chadian coordinator for human rights, at least nine people were killed and 50 people were seriously injured. Scores were arrested. (tinyurl.com/ykmpyd4d)

Gounoung Vaïma is general secretary of the Union of Chadian Trade Unions (UST). He gave an interview to Tchadinfo, an Internet site covering news and events in Chad, on the eve of May Day. Vaïma said “At the current time, we are asking workers to not go in, because we don’t know what could happen. We don’t want to expose folks.” He went on to say “The aim of the UST is radical change.” (tinyurl.com/yvjxk2eb)