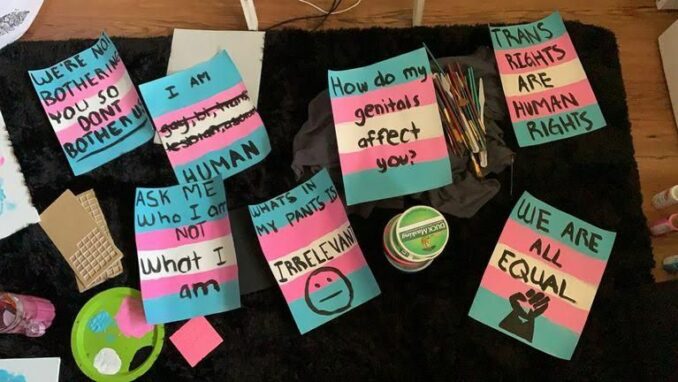 The petition, which garnered 90 signatures, was in opposition to federal and state laws guaranteeing freedom of choice for transgender students regarding bathroom use. The laws were won through much struggle and protests.

The students put up posters inside the school and wrote their pronouns on their foreheads and slogans on their facemasks demanding equity. Stephanie started an online petition to fire the staff members, getting more than 300 signers.

Students are now holding in-person protests in front of the school on Tuesdays and Thursdays demanding the teacher be fired. The teacher and principal have been suspended.