May Day, International Workers Day, was born in the U.S. out of the struggle for the eight-hour day in 1886. Workers, many of them socialists and anarchists who migrated from other countries, risked their lives. Some — including the five Haymarket Martyrs executed by the state of Illinois Nov. 11, 1887 — sacrificed their lives so all workers around the world could be treated with dignity, winning better working conditions, a livable wage and decent benefits.

May Day is viewed by millions around the globe as a socialist commemoration, honored with marches, rallies and strikes where it is not a paid holiday. Over many decades, workers have used May Day not only to fight the greedy, profit-hungry bosses for economic rights, but to raise important political demands.

Fifteen years ago, on May 1, 2006 an estimated two million migrant workers, the majority from Central and South America, took to the streets in U.S. cities, large and small, sparked by the racist, reactionary Sensenbrenner legislation that would deny legal documents to allow migrants to live and work in the U.S. Joined by migrants from Africa, the Caribbean and allies, it is to date the largest May Day gathering in U.S. history. The main sentiment echoed was: “Sí, se puede” or “Yes, we can”.

Just like the socialist-inspired International Working Women’s Day, May Day is a constant reminder that every social issue is a worker’s issue. May Day 2021 carries forth that tradition.

The courageous but unsuccessful first attempt by the majority African American Amazon workers in Bessemer, Ala., to organize a union at the second-largest private employer in the U.S., has an important lesson: Classwide solidarity is decisive in pushing forward the struggle against capitalist exploitation. As long as private ownership dominates global production, no one workplace, large or small, whether a factory or a restaurant, can take on a capitalist on their own without the solidarity of the rest of their class.

Police violence is a worker’s issue

The phrase “every issue is a workers’ issue” is true in the ongoing struggle against police terror. At the present moment, there are three current incidents of state-sanctioned violence that have taken center stage. 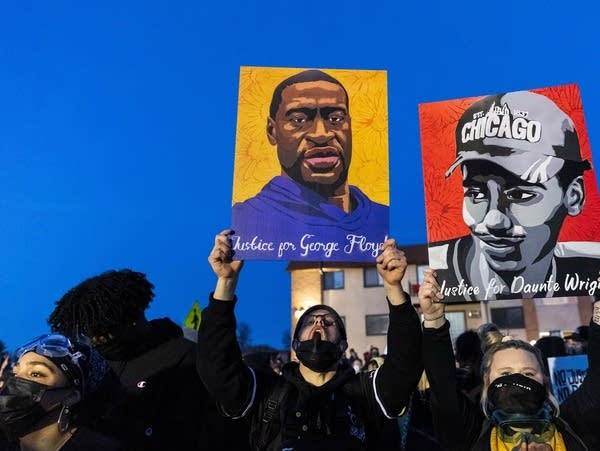 The first is the trial of killer-cop Derek Chauvin, charged with third-degree murder, second-degree intentional murder and second-degree manslaughter charges for lynching a 46-year-old Black man, George Floyd, on May 25, 2020, in Minneapolis, Minn.

Chauvin, who is white, pressed his knee and full body weight on Floyd’s neck for nine minutes and twenty-nine seconds, while Floyd could be heard multiple times saying, “I can’t breathe” and calling out for his deceased mother until he lost complete consciousness. This heinous crime was captured on videotape for the whole world to see. A verdict is expected sometime in the coming week.

In response to the murder, rebellions, including the burning down of a Minneapolis police station, broke out in the streets all over the country, lasting throughout the summer. Neither curfews, the militarized local and state police nor the National Guard could stop the angry resistance of multinational crowds led by Black Lives Matter activists. These sustained rebellions launched a countrywide call for both “defunding the police” and “abolishing the police.”

These protests were connected to other police murders, like Breonna Taylor, the 26-year-old Black EMT worker shot multiple times March 13, 2020 while in her bed in Louisville, Ky. The cop who killed her was exonerated by a secret grand jury in September.

Second, protests broke out again in Brooklyn Center, Minn., a mere 10 miles away from the Chauvin trial, when on April 11 white police officer Kim Potter fatally shot 20-year-old Black father Daunte Wright during a minor traffic stop. Potter claimed she “mistakenly” thought she was using her taser when she fatally shot Wright.

Potter was arrested and charged with second-degree manslaughter after she resigned. Protests are continuing in the streets despite daily curfews, mass arrests and assaults on activists by the police. Solidarity actions calling for justice for Daunte Wright are occurring around the country.

And third, there is the fatal shooting of 13-year-old Adam Toledo, of Mexican descent, on March 29 in Chicago. Police body camera footage of the killing was finally made public April 15. Toledo was shot in the chest by officer Eric Stillman in a split second, as he was putting his empty hands in the air.

As of April 18, Stillman has not been arrested or charged with the murder of Toledo. This is another reminder how the police not only criminalize Black youth but also Brown youth. 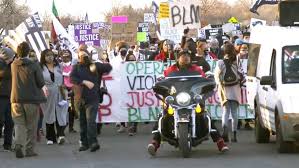 We approach the 29th anniversary of the historic, weeklong Los Angeles rebellion that began April 29, 1992 — incited by the acquittals of four white police officers for the savage beating of Black motorist Rodney King, caught on videotape. One important element has changed since then: the regular use of camera phones to create videos that go viral, serving as clear indictments of police crimes on social media.

Police violence would not exist without the existence of white supremacy which permeates every sector of class society. The police grew out of the “slave patrols” to capture enslaved African peoples who dared to resist by escaping their life in chains.

There are individual white supremacists who have, consciously or not, targeted people of color. A prime example is Dylann Roof, a self-proclaimed racist, who killed nine Black parishioners in Charleston, S.C. June 17, 2015. Unlike Floyd, Wright and Toledo, the police captured Roof alive and even stopped to get him a hamburger before taking him into custody.

The same treatment was afforded Kyle Rittenhouse, a teenaged white vigilante, who fatally shot two anti-racist activists protesting the shooting of 26-year-old, Jacob Blake, shot in the back and paralyzed by white police in Kenosha, Wis., August 23, 2020. The police allowed Rittenhouse to walk past them in their armored vehicles after the shooting before arresting him hours later. Before these shootings occurred, the police were videotaped giving water to other fascist vigilantes.

Anti-Asian violence is on the rise in the U.S. due to the frenzy stirred up by Trump with his anti-China tirades during the pandemic. On March 16, vigilante Robert Aaron Long massacred eight people, seven of them women including four of Korean descent, in three massage spas outside of Atlanta, Georgia.

Six Sikh worshippers died at the hands of a white supremacist in August 2012 at a temple in Oak Creek, Wis. And just recently eight FedEx workers, four of them Sikhs, were fatally shot at their workplace in Indianapolis by a 19-year-old white youth.

It is in the interest of every worker to understand that the deepening capitalist economic crisis is the root cause of more and more mass shootings and police executions. May Day must become a rallying cry, not only for organizing the unorganized and to abolish the police, but to unite and liberate our class from all forms of capitalist exploitation and fight for a socialist future, free from want and oppression.

Organize the unorganized at Amazon and everywhere! Fight police terror!