Books, tee shirts, and literature on the death penalty and the health of political prisoner Mumia Abu-Jamal were promoted at the Texas Death Penalty Abolition Movement’s booth during a festival held by the National Black United Front on March 21 in Houston. Almost 100 copies of the newly published Jamal Journal were given out to those enjoying the sunny spring weather. The Abolition Movement announced an event for April 24 at the S.H.A.P.E. Community Center to celebrate Abu-Jamal’s 67th birthday. Booth staffers encouraged people to protest the next scheduled Texas execution, that of Ramiro Gonzales on April 20 in Huntsville. 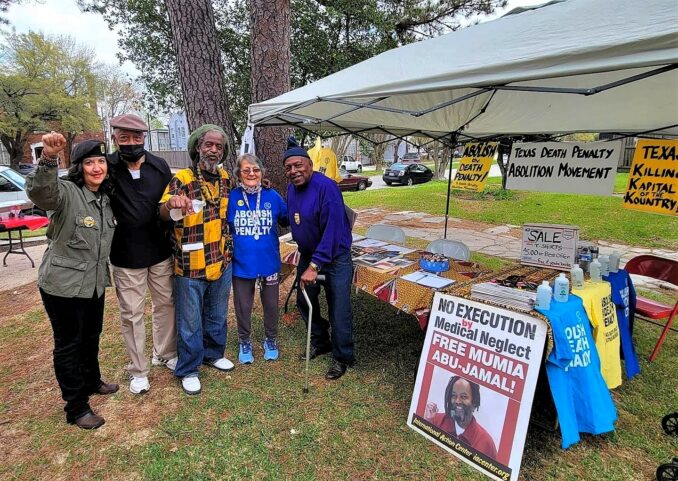