The governor of Texas, Greg Abbott, made a surprise announcement March 2 in Lubbock, a city of 200,000 people in West Texas. All state mandates to combat the spread of COVID-19 were being lifted. Counties and municipalities cannot require basic public health policies to limit the spread of disease after March 10. They can’t require masks, social distancing, limitations on the size of gatherings or the capacities of businesses. 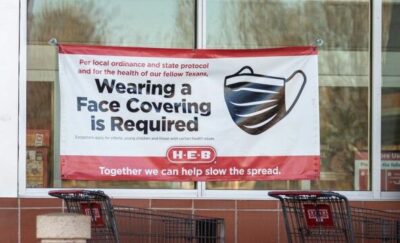 Abbott’s position is that individual Texans have the ability to make the choices that will limit the spread of COVID. Texas will be the largest state in the country without a mask mandate. About 30 states still have some form of a mask mandate and other restrictions.

Tate Reeves, the governor of Mississippi, made a similar announcement later in the afternoon of March 2.

In Idaho, which has never had a mask mandate, there were a number of mask burnings March 5 and 6 throughout the state, apparently coordinated by spouses of Republican lawmakers. Children and teenagers threw masks into bonfires, crying “Liberty” and “Freedom.”

President Biden sharply criticized the actions of Abbott and Reeves the next day, calling the plans “a big mistake” which reflected “Neanderthal thinking.”

Biden mischaracterized Neanderthals, a hominid species of hunters and gatherers who became extinct around 32,000 years ago after surviving for hundreds of thousands of years. Whatever tools they developed — and theirs was indeed a toolmaking culture — they used to help themselves survive. They certainly didn’t reject tools that improved chances of survival.

Engineers and doctors have irrefutably demonstrated that wearing masks is very effective in limiting the spread of COVID. A mandate to wear one is no more a limitation on your individual freedom than being forbidden to urinate on a public sidewalk.

It’s clear reading the statements of Abbott and Reeves that a major motive in their decisions was increasing business profits — a concept totally foreign to Neanderthals.