The EU-China Agreement on investments, signed Dec. 30 by the European Commission, may be rejected by members of the European Parliament on the grounds that Beijing violates human rights. This is the pretext behind which the real reason is hidden: the growing pressure exerted by the United States on Europe to create a coalition against China. 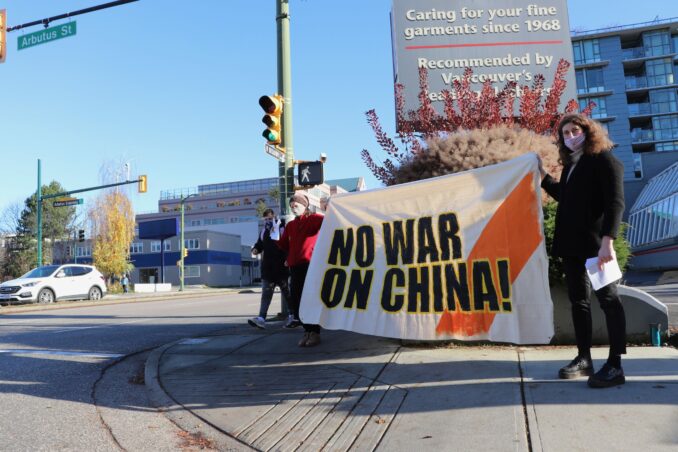 Washington’s strategy — from Barack Obama to Donald Trump and now to Joe Biden — is one of “containment” of China, whose growth challenges the world economic order, dominated up to now by the United States and the major Western powers.

It is the multinationals and other U.S. and European companies that have been relocating much of their production to China for decades, making huge profits. However, China has not simply remained the “factory of the world,” where people go to produce because labor costs less. It has developed its own production and technology and, on this basis, projects such as the New Silk Road.

Now in an advanced stage of implementation, the New Silk Road consists of a road-and-rail network between China and Europe through Central Asia, the Middle East and Russia, combined with a sea route through the Indian Ocean, the Red Sea and the Mediterranean. Over $1 trillion in investment is planned for road, rail and port infrastructure in more than 60 countries.

Within this framework, China has become Russia’s main trading partner. Economic relations between the two countries have expanded, especially after the sanctions imposed by the United States and the EU on Russia, with Russia-China trade exceeding $100 billion per year and growing.

U.S.-China trade is still six times larger. But, since many products on the U.S. market are manufactured in China by U.S. multinationals or supplied by Chinese companies, the United States has a deficit in bilateral trade of over $300 billion annually. There has also been a collapse in Chinese investment in the U.S. for productive purposes, which has dropped by 90% in three years (from $46.5 to $4.8 billion), while U.S. investment in China has remained at around $13 billion per year.

At the same time, China’s share of U.S. debt of over $27 trillion has declined from 14% in 2011 to 5% in 2020. What’s an even more serious problem for Washington is that the U.S. dollar share of China’s foreign exchange reserves has fallen in four years from 79% to 59% and that China is seeking alternative currencies to the dollar to use in international trade.

Unable to halt this process that may put an end to U.S. economic dominance of the world, Washington unsheathes its sword. Economic “containment” morphs into military “containment.”

Admiral Phil Davidson, who heads the U.S. Indo-Pacific Command (whose area of responsibility covers China and 35 other countries), has asked Congress for more than $27 billion over five years to build a curtain of missile bases and satellite systems around China, including a constellation of radar on space platforms.

In a March 3 talk at the State Department, U.S. Secretary of State Antony Blinken  said the U.S. had a “need to engage China from a position of strength.” (pbs.org, March 3)

At the Munich Security Conference Feb. 19, NATO Secretary General [Jens] Stoltenberg accused China and Russia of disrupting the “international order” by “attempting to rewrite its rules to benefit their own interests.” He said that “The rise of China is a defining issue for the transatlantic community.”

“This is why,” he said, “NATO should deepen our relationships with close partners, like Australia and Japan.” (nato.int, Feb. 19)

This is a call to arms for the U.S. allies, not only against Russia in Europe but against China in Asia. The result is that Russia and China are strengthening their alliance on the military level.