Few people in the United States, even those in the movement that opposes U.S. imperialist aggression, remember that March 11 is the 15th anniversary of the death of Yugoslav President Slobodan Milošević. He had been unjustly incarcerated in Scheveningen prison in The Hague, Netherlands.

For movement activists, a review of the attempt to demonize Milošević should illuminate yet another effort by the oppressor class to weaken and divide resistance against its rule. The imperialists have applied similar demonization campaigns against Libya’s Moammar Gaddafi, Cuba’s Fidel Castro, Zimbabwe’s Robert Mugabe and others. And they continue today against Venezuela’s Nicolás Maduro, Syria’s Bashar al-Assad and other leaders of whichever country they aim to crush.

A contemporary development proves how important is this struggle for truth: In Serbia, those forces that collaborate with imperialism are still trying to demonize the Yugoslav leader. 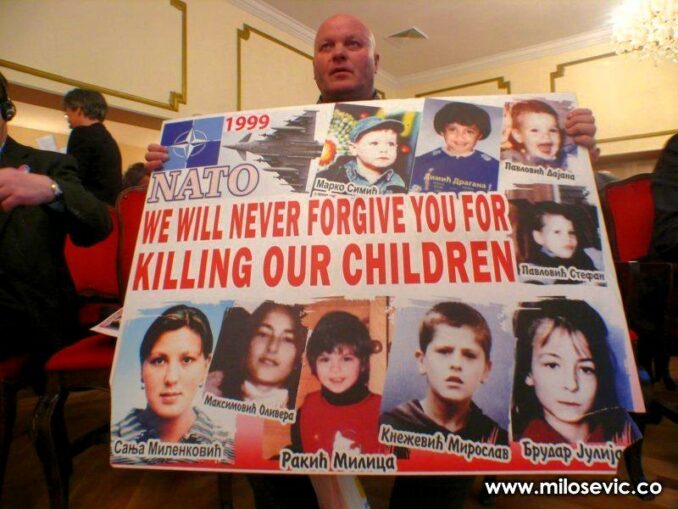 At the time of his death in 2006, Milošević was winning his defense against charges that the combined U.S.-NATO powers brought against him under cover of a United Nations-sponsored court – the International Criminal Tribunal on the Former Yugoslavia.

The NATO powers used the UN to set up the ICTY as a political instrument to punish anyone in the Balkans who resisted an imperialist takeover of the region. It brought charges against Milošević in the midst of the U.S./NATO bombing of Yugoslavia in May of 1999, obviously to bring additional pressure on the Yugoslav leadership to submit.

From 1990 to 1999, the NATO powers — with German and U.S. imperialism in the lead — took every step to weaken and destroy Yugoslavia.

From the start, the West German government in Berlin, which had just annexed the socialist German Democratic Republic, aided reactionary separatist forces in each republic of the multinational socialist federation of Yugoslavia. This gave rise to wars in Croatia and Bosnia-Herzegovina, along with separating Slovenia and Macedonia from the rest of Yugoslavia.

Since Germany had the closest contacts with the Croatian and Bosnian reactionaries and the largest economic interests in the region, this initiative put German imperialism in the lead of seizing influence in the Balkans.

Washington, wanting to regain hegemony over Berlin and the other NATO powers, then pushed the conflict toward open war, where the Pentagon’s preeminent place in destructive power would predominate. As a pretext, the U.S. used a battle provoked by the so-called Kosovo Liberation Army in the town of Račak in the Kosovo province of Serbia on Jan. 15, 1999. Claiming it was a massacre, the Bill Clinton administration played up the need for “humanitarian intervention.”

The U.S. and NATO powers thereby succeeded, with guns and money, in breaking up the Socialist Federal Republic of Yugoslavia into a half-dozen weak ministates, thus overthrowing the last independent government in Eastern Europe. They succeeded even in confusing many progressives in the West — the imperialist countries — with a well-planned and executed offensive of lies that blamed every problem in the Balkans on Serbia and on Milošević himself.

Their propaganda offensive obscured the interference, subversion and “divide and conquer” tactics practiced by German and U.S. imperialism, in connivance with neo-fascist groupings in the republics of Croatia and Bosnia and in Serbia’s Kosovo province.

The ICTY failed miserably when it tried to prove to the world that Slobodan Milošević was guilty of any of the crimes committed against the people of the Balkans in the 1990s.

Milošević put forward thousands of pages of text to answer the 500,000 pages of so-called evidence against him. Failing to prove their case, the ICTY’s attempt would have ended in defeat and disgrace for the imperialists had Milošević not died.

The International Committee to Defend Slobodan Milošević was established in Belgrade and Berlin on March 25, 2001. In honor of the 80th anniversary of his birth, the committee intends to resist the continuing attempt to demonize the late Yugoslav leader. Co-chairpersons Klaus Hartmann and Vladimir Kršljanin invite “each of its members to take the initiative, and at least send us their text, commentary, memoir and/or video on Milošević’s activities or the relevance and historical meaning of his and our struggle.” Former U.S. Attorney General Ramsey Clark, now 93, had been an active co-chairperson when the defense committee was formed.

Catalinotto, a managing editor of Workers World newspaper, co-edited the 2001 book “Hidden Agenda: U.S./NATO Takeover of Yugoslavia” with Sara Flounders of the International Action Center. The first chapter, written by Milošević, summarizes the defense of his country.