In advance of International Women’s Day on March 8, Israel sentenced one of Palestine’s most prominent women to two years in prison, in a military court wherein no evidence could be presented against her except her affiliation with an outlawed political organization.

Khalida Jarrar, a senior leader in the Popular Front for the Liberation of Palestine (PFLP), a Marxist-Leninist organization, was arrested in her home in October 2019. Israel has imprisoned her since then without charge or trial, under their “administrative detention” protocols, which are reserved only for Palestinians, part of a legal apartheid system in which multiple tiers of law apply to citizens based on their religion and location. 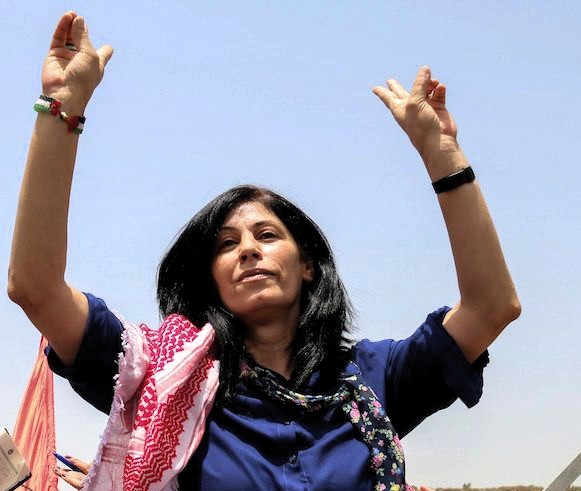 Khalida Jarrar, senior leader in the Popular Front for the Liberation of Palestine

Administrative detention allows Israel to imprison whomever it wants for three-to six-month periods, which can be renewed indefinitely. Detainees do not have a right to know the accusations or evidence leveled against them, nor can they appeal.

Israel has repeatedly imprisoned Jarrar through this apartheid system. In fact, when she was arrested in October 2019, she had only been out of administrative detention for nine months. Prior to that, she was jailed without charge or trial for 20 months.

Women in Israeli prisons often report persistent humiliation and sexual abuse, typically by female Israeli guards, as well as other physical and psychological abuse and neglect.

The latest arrest comes just as Palestinians are preparing for long-awaited national elections, which have not taken place since 2006.

Prisoner rights organization Addameer reports at least 440 Palestinians have been detained since January, of whom 140 are children; 37 are women; and 9 are elected legislative members, bringing the total number of political prisoners to 4,500.

Without a hint of irony, Israel has criticized Saudi Arabia’s arrest of women political activists.

The author of this essay is a Palestinian writer, whose latest novel is “Against the Loveless World,” Atria, 2020