Prison abolitionists in several Northeast cities are organizing “Justice Is Dead” car caravans on Martin Luther King Jr. Day to demand an end of “Death by COVID” in prisons. The Jan. 18 actions will target governors in New York, New Jersey and Pennsylvania, who have allowed genocidal prison neglect to flourish alongside the pandemic. 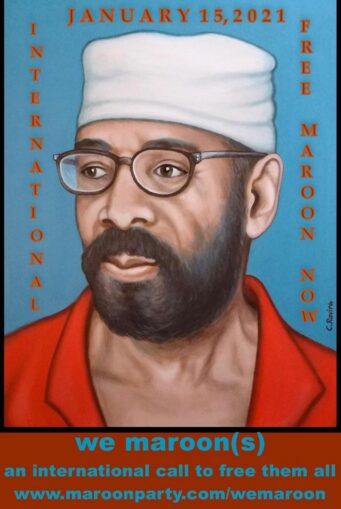 The abolitionists’ actions urge compassionate and immediate release of veteran Black Panther political prisoner Russell Maroon Shoatz, who suffered through COVID-19 while undergoing stage 4 cancer treatments. Like Shoatz, many of the political prisoners are elders, who are increasingly exposed, infected, suffering and dying during the COVID pandemic.

The Free Maroon Now Committee, which is coordinating actions, has called for 2021 to be the year to free all U.S.-held political prisoners. Many, including Shoatz, have spent over 50 years in prison. For more information see the Free Russell Maroon Shoatz website: tinyurl.com/yysyx8ty.

This year marks the 50th anniversary of the historic Attica prison uprising, as well as the murder of imprisoned revolutionary George Jackson. With the recent upsurge by social justice movements against racism and police brutality, many similarities can be found between revolutionary conditions in 1971 and those today. Now is the time to free all political prisoners and to free Maroon!