Chants of “Cops and Klan work hand-in-hand” and “No Trump, no KKK, no fascist USA” filled the air outside Philadelphia City Hall Jan. 9. Dozens of anti-fascist, pro-socialist demonstrators gathered there for a demonstration denouncing white supremacy and the failed Jan. 6 fascist insurrection in Washington, D.C. 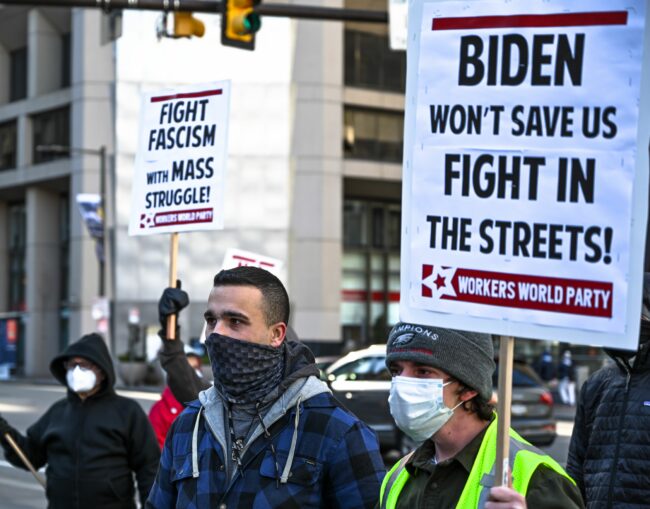 Several people passing by, including a houseless trans couple, stayed to join the protest and express interest in further actions.