The United States continues to lead the world — in the number of COVID-19 cases as well as in deaths.

As of Nov. 9, this rich, high-tech imperialist country has now registered 243,302 deaths from the virus. This is twice as many coronavirus deaths as in India, even though the population of India is four times that of the U.S. and India is a country with a much lower standard of living. 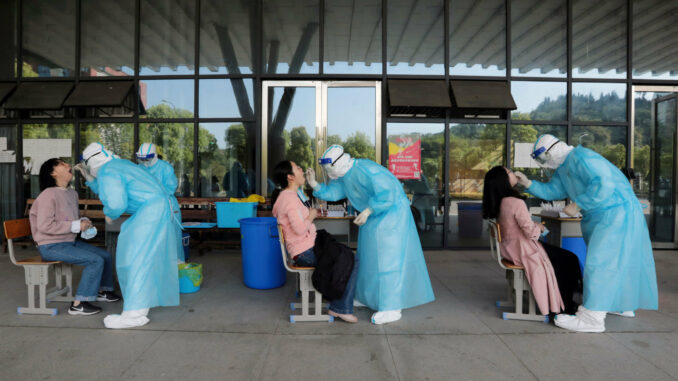 China has valuable lessons for the world in how to fight COVID-19.

In addition, China is where the virus first broke out, meaning that everything about combating it there had to be learned from scratch.

How is this huge disparity possible?

Clearly, this virulent epidemic calls for an examination of health care in the U.S. But there are other issues as well. How much trust do people here put in what their government says needs to be done? How does the economic system we live under affect human behavior and solidarity?

The biggest difference between China and the U.S. is not population size or level of development. It is the type of social system and which class is in power.

The U.S. is unabashedly capitalist. Millionaires and billionaires control the political system. The people vote, yes, but they have to pick from candidates chosen by the ruling class. Trump is obviously a millionaire, but so is Biden. And Biden is also a serious contender only because he has the backing of the Democratic Party establishment.

China has a very different history. A Communist-led popular revolution there came to power in 1949, after years of guerrilla struggle against the old regime. At the time, China was impoverished, having been pillaged for decades by the imperialist powers of Japan and the West. Rich landlords oppressed the majority, made up of landless peasants. Life expectancy then in China was 39.

Today life expectancy in China is 77 years, almost twice what it was when the revolution triumphed and just two years less than the U.S. With the coronavirus having been conquered in China, even as it continues to rage in the U.S., the contrast between the two countries becomes even greater.

In the election just ended here, both capitalist parties vied for control of a government that doles out favors to the winners. No change is expected in how this for-profit health system operates. Nor has the two-party system done anything to develop solidarity. On the contrary, it pits people against one another in a way that tears down – rightfully – trust in those who govern, but at the same time it puts the burden of this competition on the people themselves.

It will take a huge struggle by progressives to get even close to the kind of socialized medicine that exists in some of the European capitalist countries, where there has historically been a strong socialist-oriented mass movement.

But millions of lives are at stake. The COVID-19 epidemic must spur on the movement for universal, free healthcare.