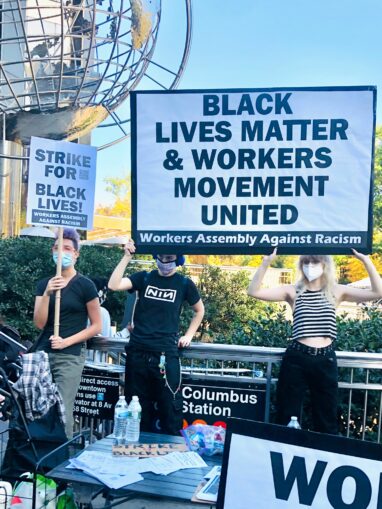 A Workers Assembly against Racism rally in New York, near Trump International Hotel and Tower, builds anti-racist solidarity between organized and unorganized workers. This event started just as the Biden electoral victory was being announced on Nov. 7. Tens of thousands of people came out onto the streets of New York to celebrate the defeat of Trump. The message by the Workers Assembly Against Racism – of the need to continue the struggle and push far beyond Biden – was well received.  The Workers Assembly Against Racism was a dose of class struggle and reality in the midst of a Biden celebration. Anti-racist solidarity is the key to uniting the struggles of working and oppressed people!