Stephen K. Bannon may be in big trouble. Or maybe not. Pals of the very rich rarely pay for their crimes. It is generally the poor who are held in jail — which can be a death sentence in this COVID-19 pandemic. 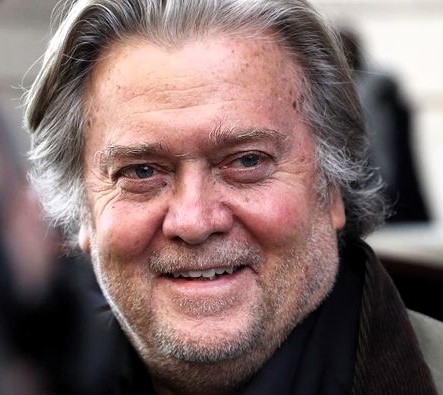 Advertising for money for the “privately-funded” We Build The Wall scam.

And who is Bannon? A key player in ultraright Breitbart media who became the mastermind of Trump’s 2016 election campaign, which got the real-estate magnate into the presidency. After leaving his post as Trump’s “Chief Strategist,” Bannon has been connecting neofascist European parties with neo-Nazi groups in the U.S.

On Aug. 20, Bannon and several alleged co-conspirators were arrested for fraud and charged with siphoning money from a supposed charity called “We Build the Wall.” The money they pocketed came from donations to build Donald Trump’s wall against migrants on the southern border.

It’s more than ironic that Bannon was arrested while enjoying life on the 150-foot yacht of a fugitive Chinese billionaire, Guo Wengui. There are no walls to keep billionaires out of this country — only poor people.

Guo, of course, is no impoverished immigrant. He owns a 9,000-square-foot apartment facing Central Park in New York City. Guo is wanted in People’s China on a bunch of corruption charges, but is hailed here as a “refugee” from communism.

Bannon’s arrest may be a sign that Trump isn’t expected to win the next election. But don’t hold your breath.