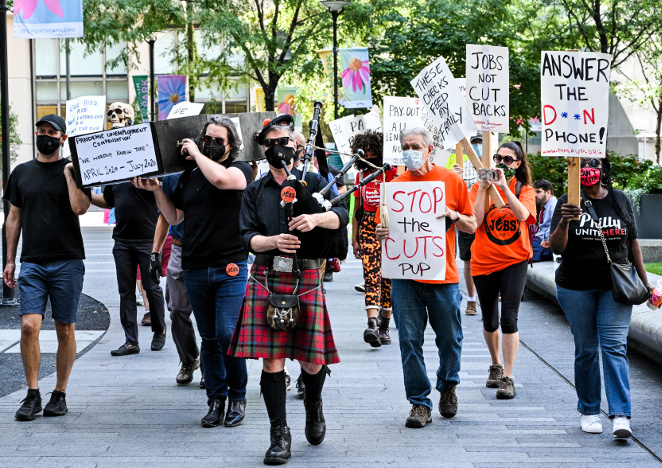 Dozens of unemployed workers and their supporters held a rally in Philadelphia Aug. 20 to demand extension of the federal Pandemic Unemployment Compensation, which expired July 31. The protest was called by the Philadelphia Unemployment Project and was organized by members of UNITE HERE, Philadelphia Musicians Union Local 77, International Alliance of Theatrical Stage Employees and members of Workers World Party. Marchers led a mock funeral procession for the expired benefits down Broad Street and around City Hall, accompanied by a union bagpiper and chants of “Money for health and education, not for billionaire corporations!”