The U.S. government has scheduled the federal execution of 38-year-old Lezmond Mitchell of the Navajo Nation on Aug. 26, despite widespread condemnation. 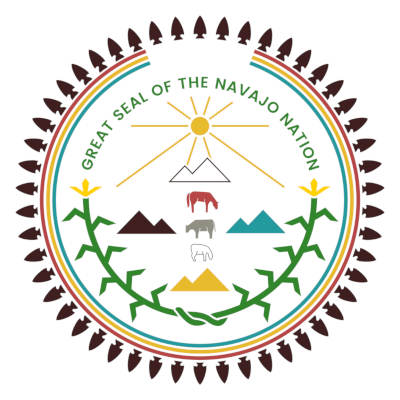 Great Seal of the Navajo Nation.

The Navajo Nation has formally protested the execution on grounds of tribal sovereignty. Family members of Navajo citizens who Mitchell was convicted of killing have demanded a stay. Even the prosecutor who argued for Mitchell’s conviction opposes the federal death penalty. Even in the capitalist press, the decision to go forward with the execution has drawn criticism.

Navajo Nation President Jonathan Nez and Vice President Myron Lizer have called on the U.S. government to halt the execution: “The Navajo Nation and the family of the victims have not changed their position. We strongly hold to our cultural, traditional and religious beliefs that life is sacred.”

Since the 1994 amendment of the Major Crimes Act, federal law prohibits the death penalty for any crimes committed on tribal land unless tribal authorities specifically request it. The flagrant violation of tribal sovereignty by the U.S. in scheduling Mitchell’s execution comes just months after a Supreme Court ruling that roughly half the state of Oklahoma is sovereign Muscogee (Cree) territory, a decision that could potentially affect thousands of incarcerated Indigenous people.

The legal shell game that the U.S. government plays is nothing new. It has been the policy from the beginning of colonization for imperialist authorities in North America to lie and shred virtually every treaty signed with Indigenous people.

The Major Crimes Act, originally passed by Congress in 1885 as part of the Indian Appropriations Act, specifically legalized and institutionalized the execution of Indigenous people by the federal government. In 1865 President Abraham Lincoln ordered the largest mass execution in U.S. history when he authorized the hanging of 38 Dakota (Santee Sioux) men in Minnesota. This brutality stands in sharp historical contrast to the U.S. government’s subsequent lenient treatment of enslavers, Confederate counterrevolutionaries and Klan members during the post-Civil War Reconstruction period.

A new chapter of Indigenous resistance was written a century later. In 1968, the American Indian Movement was formed by incarcerated Indigenous leaders who became organizers in Stillwater Prison outside Minneapolis, Minn. They regarded the imprisonment of Indigenous people as a significant plank in the broader colonial policy of relocation and genocide.

Today Native and Indigenous people in the U.S. are 14 times more likely to be killed by police than their white counterparts. They are incarcerated at a rate 38% higher than the national average. A Center for Disease Control report issued this August found that Native people – at high health risk from poverty and inadequate medical care – contract COVID-19 at triple the rate of white people.

Since the recent lifting of a 17-year moratorium on the federal death penalty, 10 people have been executed by the U.S. government. Five others, along with Mitchell, are scheduled to be legally murdered over the next four months.

Stop the execution of Lezmond Mitchell! Free them all!