We live in tumultuous times, and it is during times like this that we as socialists must look to the struggles and successes of our predecessors to give us inspiration to continue our struggle. As a Vietnamese-American, I take heart in remembering the struggles of my people in their fight for independence from colonial and imperialist powers. August 19 is a special day, for it marks the 75th anniversary of the Vietnamese August Revolution!

On this day in 1945, under the leadership of Ho Chi Minh and the Viet Minh (aka League for the Independence of Vietnam), my people organized uprisings and demonstrations throughout Vietnam, with the Viet Minh eventually seizing the city of Hanoi. 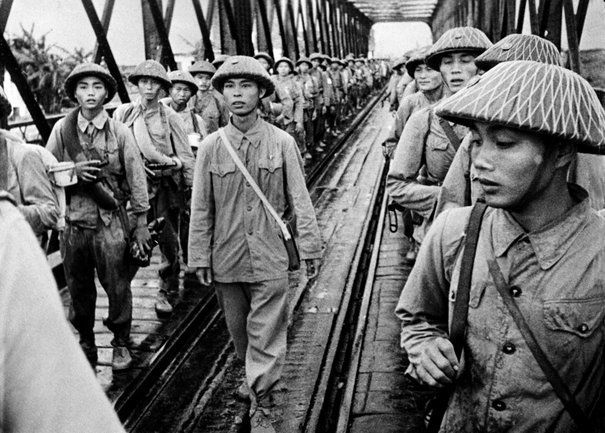 Comrade Ho then declared independence for the newly formed Democratic Republic of Vietnam on Sept. 2, 1945. However, the French colonizers were not going to just allow their imperial holdings to remain free without a fight; in the early months of 1946, they arrived back in the country with full military force to re-establish control, causing the Vietnamese people to launch the French Resistance War.

For almost ten long, bloody years, my people fought against the invaders, until eventually the Viet Minh struck the final blow against the French at the Battle of Dien Bien Phu in 1954, ending the war. However, the test for the newly independent socialist nation had only just begun, because as soon as the French left, U.S. imperialists took their place.

Thus began what is often called the Vietnam War, a conflict we Vietnamese call “the War of American Aggression.” (A much more fitting name, if I do say so myself.) For nearly 20 more years the brave Vietnamese, under the leadership of the National Liberation Front, fought against the most powerful military force in the world, and by 1975, declared victory as the last of the U.S. imperialists were driven out.

Why is this important, besides celebrating such an important day in the history of our Vietnamese comrades? The answer is simple: we struggle every day here “in the belly of the beast,” as Che Guevara put it, fighting for the freedom of the working class at the very imperial core. Times are tough now, but when we look at our past as socialists and see the example the Vietnamese people—my people—set for us, we should take heart. Our struggle continues, just as theirs did against the French and U.S. imperialists.

Comrade Tano is a non-binary, genderfluid person of Vietnamese descent. They choose to write under this name to protect themselves, while still supporting and celebrating their history as a Vietnamese socialist.