I’d like you to meet some of my heroes: Cool Papa, Peach Head, Double Duty, Satch, Buck and Peanut. Even if you are a sports fan, you may not have heard of them, but if you’re a baseball fan, you really need to know them. They were some of the hundreds and hundreds of players who played professional baseball for the Negro baseball leagues from 1920 until 1950. 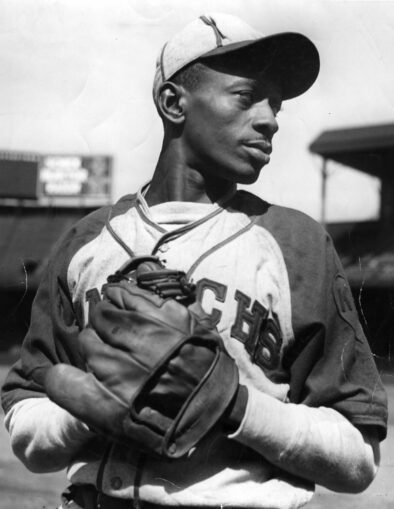 All of baseball has been honoring this 100th anniversary — from the Negro League Baseball Museum in Kansas City, Mo., to Major League Baseball, to the Society for American Baseball Research.  The museum’s celebrations, along with MLB’s countrywide celebration at every major league ballpark scheduled for June 27, had to be postponed due to the pandemic.

Making lemonade out of the coronavirus lemon, Bob Kendrick, the museum’s president, came up with an idea. He wanted to have celebrities, dignitaries, athletes of all sports and anyone else who wanted to join in to tip their cap to the great players who were not given a chance to play in the Major Leagues until 1947, when Jackie Robinson broke into MLB with the Brooklyn Dodgers.

If you’d like to tip your cap, take a photo or video and send to [email protected] and then post your photo or video on social media with the hashtag #TipYourCap2020. You will see yourself tipping your hat at tippingyourcap.com.

Progressive on women and anti-lynching

Way ahead of the MLB, the Negro leagues had three women players over the years: Toni Stone, Mamie “Peanut” Johnson and Connie Morgan.

Kendrick said Stone’s career “deserves to be more than just a footnote in both baseball and in American history.” (New York Times, June 11, 2019)

Also, there were a number of women owners, managers and coaches of Negro League teams. The most well-known was Effa Manley with the Newark Eagles. As an owner Manley used her position to give back to her community. She hosted anti-lynching days at the ballpark. She was involved in picketing and boycotting businesses that did not hire African Americans in the 1930s. Manley is the only woman elected to the Baseball Hall of Fame in Cooperstown, N.Y. She was inducted in 2006.

The Negro League first began in 1920 because racism and Jim Crow laws prevented Black players from playing in Major League Baseball. They had played on company teams, military teams and formed their own teams starting in the 1880s. They barnstormed around, across different cities and states, to find competition.

Finally, Rube Foster, who had played ball and managed teams, got a group of Black team owners together in the Paseo YMCA in Kansas City in February 1920, and the first Negro National League was formed.

The creation of the Negro Leagues proved that Black players could play on even terms with their white counterparts and attract just as much interest from baseball fans.

Life was not easy, however, with Black players sleeping in buses and having to send one player to the back of a restaurant to buy takeout food for the whole team. Sometimes they wouldn’t be able to bathe for two or three days due to segregated hotels.

Eventually Black teams would play exhibition games against MLB teams, attracting large crowds and showing that the Black players were just as competitive as those on white teams — and in many cases were better.

In 1945, a player named Jackie Robinson was playing with the Kansas City Monarchs. He was approached by the owner of the MLB’s Brooklyn Dodgers and became the first Black player to sign with a major league team. He played in the Dodgers AAA team in 1946, the Montreal Royals. In 1947 he moved up to the Dodgers and the rest is history.

But it would take 24 more years for the Baseball Hall of Fame to induct its first Negro League star. That came after Boston Red Sox star Ted Williams was inducted in 1966. He told the crowd at the induction ceremony, “I hope that someday the names of Satchel Paige and Josh Gibson can be added to the symbol of the great Negro League players that are not here only because they were not given a chance.”

Five years later, the legendary pitcher Paige was inducted into the Hall of Fame. Paige is remembered for his very long baseball career and his colorful antics. He began playing in the 1920s. When he got to the major leagues in 1948, he was already 42 years old. He helped pitch the Cleveland team to a World Series win that year. He pitched until his mid-60s. Then late in the 1965 season the Kansas City Athletics signed him for one game. He became the oldest player to pitch in a major league game at age 59. He pitched three innings against the Boston Red Sox, allowing only one hit. Between innings he relaxed in a rocking chair!

The Society for American Baseball Research and the International Women’s Baseball Center are hosting a Women in Baseball Conference in September and the theme this year is Celebrating African American Women in Baseball. It will be a virtual event that you can register for at sabr.org/women-in-baseball-conference.