The Samidoun Palestinian Prisoner Solidarity Network called for global Days of Resistance from Aug. 7 through 9 to protest the ongoing conquest of Palestinian land by Israeli occupation forces. In a statement announcing the action, the organization said, “Today, the program of Israeli annexation continues to threaten Palestinians in the West Bank, including the most fertile agricultural land of the Jordan Valley, which is still slated for Israel’s latest land grab. Of course, this is simply the continuation of over 72 years of land theft, dispossession, apartheid and genocide — but it requires continued mobilization and action to confront, alongside the siege on Gaza, the mass imprisonment of Palestinians, the demolition of homes, the denial of Palestinian refugees’ right to return and further war crimes and crimes against humanity. 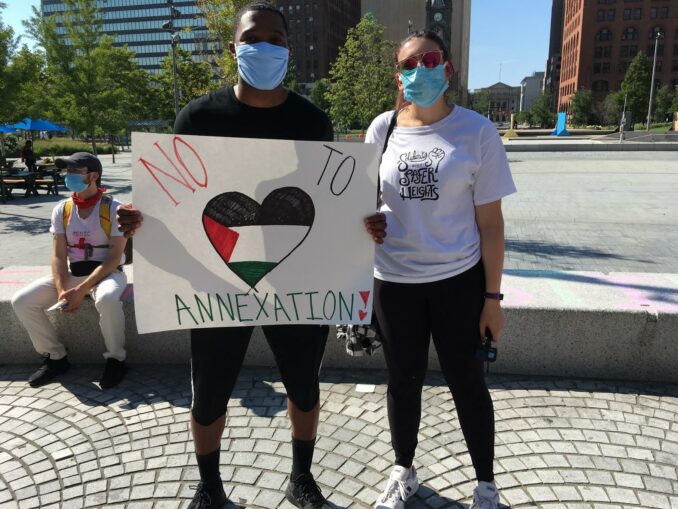 “Annexation is a continuing threat — especially if the Israeli state thinks that it can pass unnoticed without continued resistance. The struggle is not over; in many ways, it has just begun.”

Over 130 other organizations around the world took part in actions to demand an end to the imperialist project to erase the nation of Palestine, its culture and its people. There were actions in dozens of cities in the U.S. and around the world.

Workers World Party is proud to have endorsed these Days of Resistance and unwaveringly supports the struggle for national liberation and self-determination.