Essential workers protested July 30 in a flash-mob protest in front of a newly remodeled Tops Market, a supermarket chain based in Western New York. The event was organized by the Amalgamated Transit Union (ATU) Division 1342 and the Food and Commercial Workers (UFCW) Local 1. 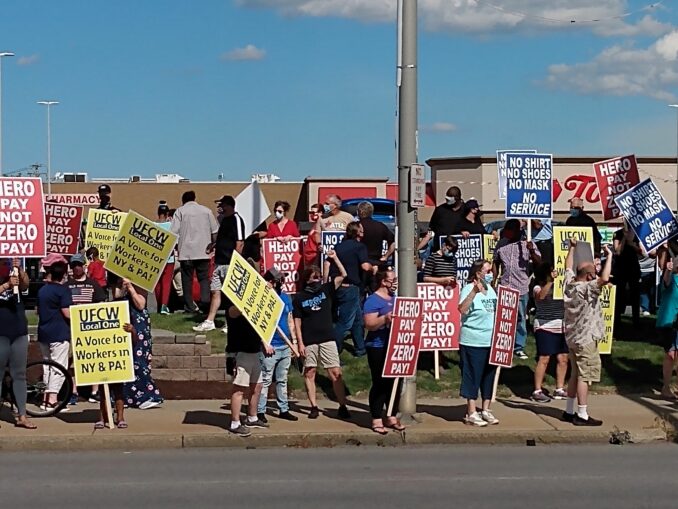 Neither multimillion-dollar company offered masks or worker protections until mandated by the state. At the North Buffalo location, where the protest took place, renovations and cosmetic changes were ongoing throughout the pandemic. Social distancing was impossible with a narrow temporary entrance and large portions of the store closed off.

The protest did not last long, but the workers promised that the fight was far from over.

— Report and photo by Thomas Answeeney