As Muslim worshippers prepared for the holiday of Eid al-Adha during the last days of July, the Middle East was rocked by record-breaking heat waves. In Baghdad, the mercury rose to over 125⁰F, the highest temperature ever measured in the Iraqi capital. These heat waves are not an extreme, unpredictable weather aberration. Rather, they are both a symptom of capitalism and a sign it is destroying life on the planet. 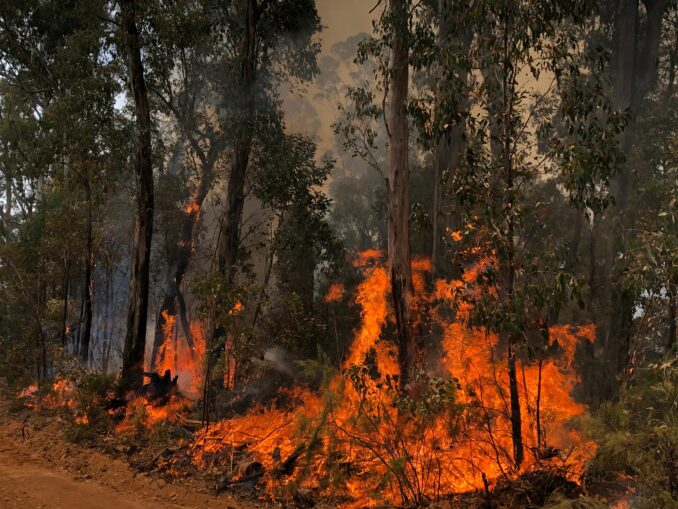 For decades now, average Earth temperatures have continued to rise, with each successive year hotter than the last. From “unseasonably” warm winters to killer heat waves, the planet’s unnaturally warming climate cannot be ignored. In May 2015, over 2,500 died in India due to severe heat and drought conditions. Between August 2019 and March 2020, wildfires raged across Australia, burning 46 millions acres, killing 34 people and over 3 billion animals.

Unless action is taken to dismantle the horrific capitalist economic system, incidents like these will only increase in frequency and intensity.

Under capitalism, ecological concerns and human life take a back seat to increasing the power and profits of the ruling class. Environmental devastation, pollution, death, deforestation, species extinction and the dangerous warming of our planet are all seen as acceptable losses in the pursuit of private property.

Capitalist countries contribute heavily to ecological destruction through war. Imperialist countries such as the U.S., England, France, Germany and Israel spend trillions of dollars and dedicate enormous industrial capacity to expanding their military might, all for the purpose of defending their economic interests worldwide.

As the undeniable truths of anthropogenic climate crisis are felt more intensely with each passing year, many people call for reform or a “greener” capitalism. The reality is that capitalism cannot be reformed; only socialist economic planning can resolve these contradictions.

Rather than serving the desires and profits of the powerful few, socialist economies are structured to serve the needs of the people, to provide for their collective well-being. Socialism enables people to be truly free — free from scorching heat, war, famine and poverty. This is much different than the false capitalist notion of “freedom” —freedom to ravage and exploit others.

A socialist economy would dedicate productive forces toward facilitating human life in a way that does not ravage the planet. Socialism means a world in which the planting of trees, the cleanup and restoration of ecosystems and the elimination of deadly pollution are taken seriously.

Socialism recognizes the necessity and importance of Indigenous self-determination and stewardship in relation to the climate crisis. Capitalist economic and political structures are inherently hostile to Indigenous peoples, their sovereignty and their methods for living respectfully with the land. From Turtle Island to Aotearoa — known to settlers as North America and New Zealand — and everywhere else across the globe, Indigenous people must have self-determination so that these rightful protectors of their lands can fully return their carefully developed understandings into practice.

If the death cult of capitalism is allowed to stay its course, humanity will continue to see untold suffering. Hotter heat waves, massive droughts, blights and crop failures, wars over resources, mass human displacement, new diseases — all these and more will become the new normal. This cannot be allowed to happen.

The working class must push for socialism and work to undo the deep scars of capitalism, for the good of all life on this planet.