This is a slightly edited talk given by Workers World Party First Secretary Larry Holmes at the July 23 WWP webinar on “Fighting fascism, white supremacy and capitalism.”

I hope those of you who can will participate in the several days of actions, starting tomorrow, July 24, in solidarity with the people of Portland against the police state. It’s very important that when an area, be it Seattle, Portland or New York, is under attack, those of us who can should come out in the streets and show this is more than an attack on some singular geographical area. 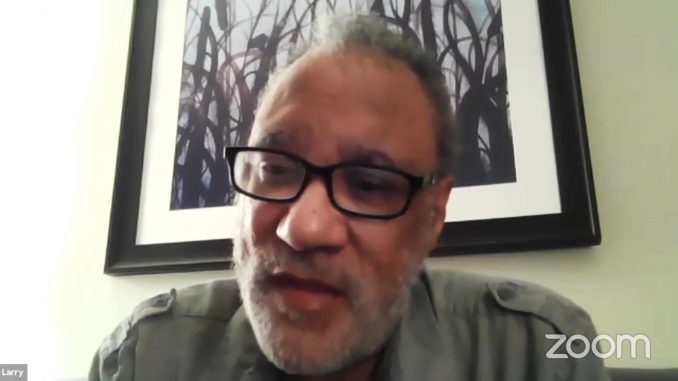 We respond as if it’s an attack on our class on a worldwide level. This is regarding the danger of fascism.  We are going to be talking about this a lot in the coming months through the election season and perhaps beyond. It’s the tendency of sections of the bourgeois ruling class who disagree with Trump to think that the threat of fascism is tied to a particular leader who is dangerous, who is erratic, who is a white supremacist — and the solution is getting rid of that leader and then you get rid of the problem.

I think that large sections of the progressive and anti-fascist movement also think along those lines. It’s not their fault. It has to do with political education, and perhaps a lack of historical perspective on the question of fascism. They approach it from a moral point of view.  Just get rid of the terrible leader, and we’ll be able to defend democracy — as if there ever really was democracy for the working class, and particularly for people of color and the most oppressed.

A revolutionary Marxist view of the threat of fascism is completely different. We see the danger of a fascist movement and the danger of a militarized police state as a symptom of the fact that the capitalist economic system has reached a level of crisis that completely overwhelms the ruling class.  They don’t know what to do about it. And they’re worried about having political control.

So frantically and desperately, they look for extreme measures to defend their system, the capitalist system, to make sure that it doesn’t literally fall apart. I believe that this is such a time.  First, the ruling class employs fascism as a movement and then as a form of rule to displace bourgeois democracy.

We should see the problem like this. Obviously, fascism is dangerous. But here’s the contradiction. The fact that the ruling class, or some elements in the ruling class, are toying with fascism, and that they feel desperate enough to try to employ it, is a sign that the capitalist system is falling apart at the seams.

While one side of this contradiction is dangerous, the other side is very promising if the working class and the revolutionary forces get their act together and organize to turn the crisis of the system into a revolutionary crisis instead of a fascist crisis — one that will ultimately lead to socialist revolution.

What the struggle is like when fascism is a real danger we learned from what happened in Germany, Italy and Spain less than a century ago. The struggle between fascism and socialism is ultimately a class struggle for power. Our class lost back then. Some of you know what the consequences of that were.  Others will have to learn.

Turn the struggle into a class struggle!

I believe, with this understanding, Workers World Party and those amongst the revolutionary forces, however they characterize themselves — as communists, trade unionists, anarchists, ant-imperialists, or in some cases, internationalists — that our job now is to take a very decisive turn toward organizing our class, the working class, to defend itself against the threat of fascism and military dictatorship. But not by kowtowing to the Democratic Party and thinking that a Democratic Congress or a new Democratic president will be the solution.

History has shown us that’s not the truth.

I think people should think very hard about joining Workers World Party.  We love our name because we’re a workers’ party.  We want people to know that there is a workers’ party and that this party represents workers around the world. You can’t divide us with racism and chauvinism of any type.

Think about the call for workers’ assemblies — not to take the place of unions where they’re doing good work — but to begin the process of the mass organization of our class to defend itself first and foremost against attacks. Then when the working class is strong enough to turn the crisis into a revolutionary possibility in that respect, the socialist revolution will all of a sudden appear on the horizon — not too far away.